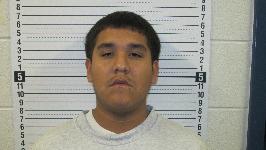 According to a Sheriff’s news release, “On Thursday, July 18, 2013, at approximately 10:46 a.m., deputies from the San Bernardino County Sheriff’s Department, Central Station, responded to the 6700 block of Elm Avenue, San Bernardino, regarding a home invasion robbery of a 90-year-old female victim. 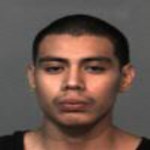 WANTED: Andrew Landeros, 18, may be in San Bernardino or Fontana areas

The subjects stole an undisclosed amount of cash and property. The subjects fled the location in the victim’s Toyota Corolla, which was later found abandoned near the incident location. The victim was able to walk over to her neighbor’s residence to ask for help.

Edwardo Adan May, 18, of San Bernardino, was arrested in connection to this crime. May was booked at Central Detention Center and is being held without bail. He is expected to be arraingned Monday, July 22nd in Central Superior Court.
The second suspect has been identified as 18 year old, Andrew Landeros. Detectives have secured a $500,000 arrest warrant and Landeros also has a no bail juvenile warrant. Landeros may be hiding in the San Bernardino or Fontana areas.” 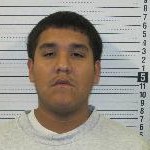 Anyone with information is asked to contact Detective A. Rodriguez or Detective J. Ruiz or SBSD Central Station at (909)387-3545.