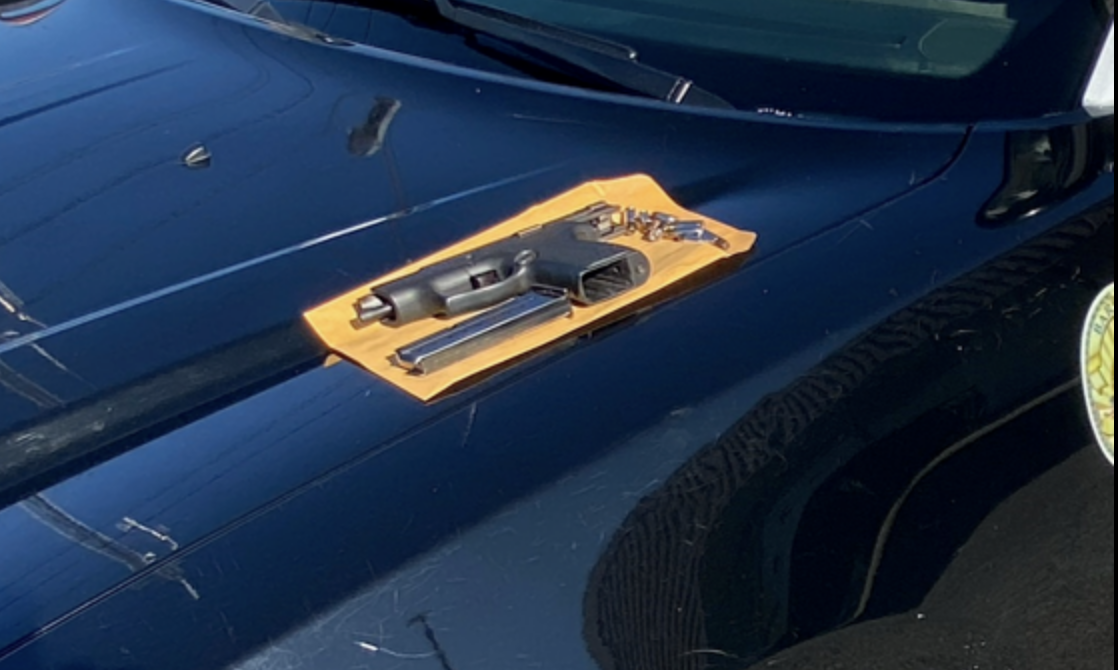 BARSTOW, Calif. (VVNG.com) — A Long Beach man wanted for an outstanding Parole Violation warrant was found with a loaded handgun after he lied to police about his identity, officials said.

The suspect, Nakelone Bridges a.k.a. Jerome Brown was arrested by the Barstow Police Department after he allegedly pulled a handgun on a store clerk.

It happened on January 1, 2020, at approximately 10:17 am Barstow Police Officers responded to a man with a gun at Q-MART convenience store located at 600 West Main Street.

According to a news release, “the caller reported that a subject he just asked to leave the store pulled out a gun from his waistband and held it in front of him. The clerk reported that the subject did not point the gun at him.”

Officials said the clerk wanted the subject to leave because he had shoplifted from the business in the past.

A description of the suspect was shared with officers in the field and he was subsequently located in the 600 block of West Buena Vista Street.

The suspect fled on foot as officers attempted to make contact with him. He was apprehended after a short foot-pursuit, officials said.

The subject identified himself to officers as Jerome Brown. Officer Gatti searched him and located a loaded 9mm handgun in his jacket pocket. The officers arrested the subject and transported him to the police department.

During the booking process, it was determined that the subject was not Jerome Brown as he told officers, but was Nakelone Bridges, a resident of Long Beach and wanted for an outstanding Parole Violation warrant.

Bridges was booked at the San Bernardino County Sheriff’s Department High Desert Detention Center for the following charges: P.C. 626.9 (B) Possession of a Firearm near a School Zone, P.C. 69 – Resist Executive Officer and P.C. 3056 Parole Violation.

Anyone with information regarding this investigation may contact Corporal R. Colleoc or Officer K. Peterson at the Barstow Police Department at (760) 256-2211. Those wishing to remain anonymous may also make a report by calling the WE-TIP hotline at 1-800-78-CRIME.