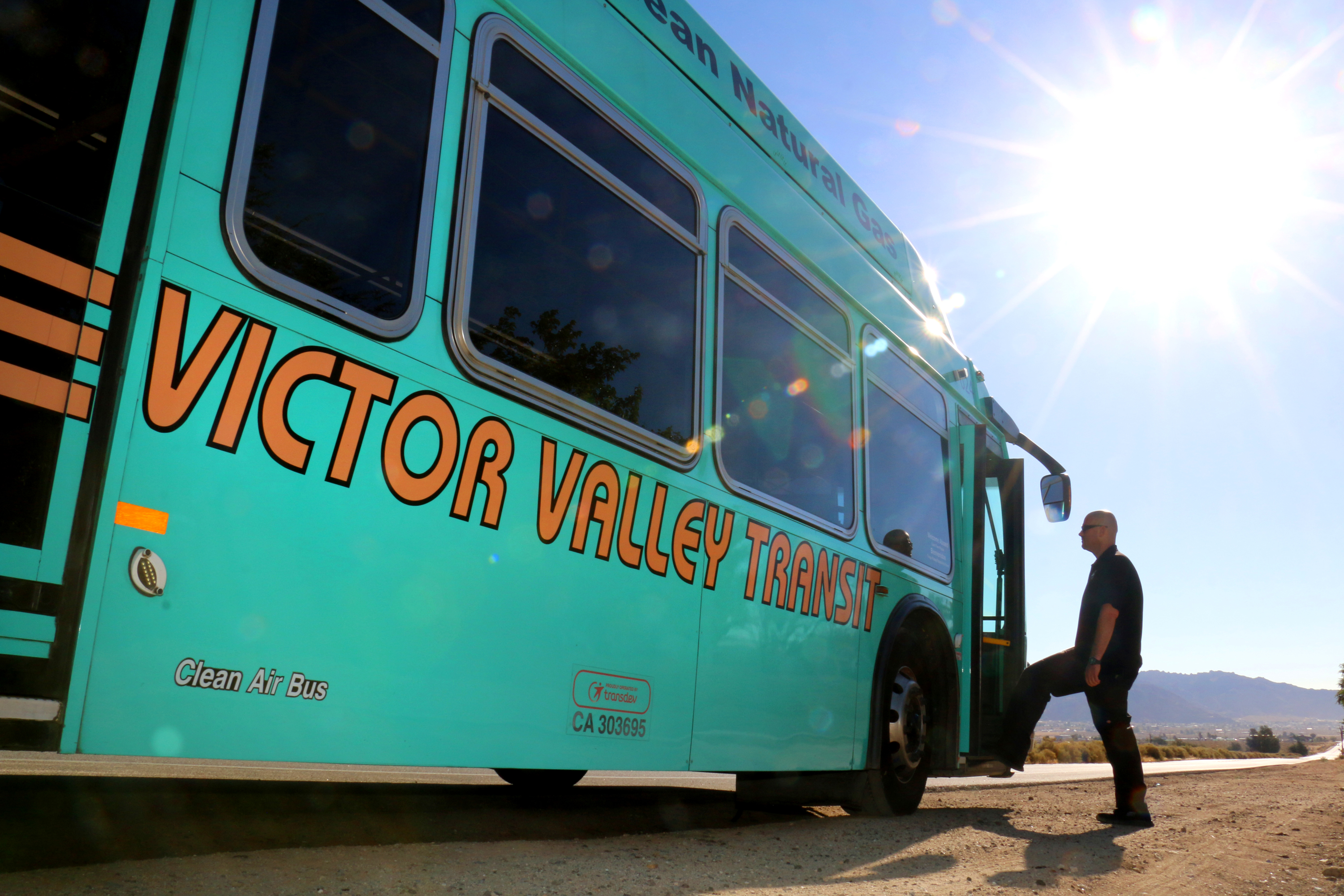 Hesperia, Calif. (September 26, 2017) – Victor Valley Transit Authority (VVTA) will adjust systemwide fares effective October 1, 2017. The alignment standardizes fares between Victor Valley and Barstow service areas, simplifying passenger travel for both regions. The adjustment will reduce the fare on some services, increase on others, and some will not change.

“While some transit agencies produce fare increases every two years, VVTA has not raised fares in 10 years, even though the level of service has improved and population has grown,” said VVTA Executive Director Kevin Kane. “VVTA remains the best value for its level of service, featuring some of the lowest fares in Southern California.”

The fare alignment between the two regions was a key recommendation in the VVTA Comprehensive Operations Analysis published in January and approved by its board in February.

Since its July 2015 merger with Barstow Area Transit, VVTA maintained a separate fare structure for each service area, easing the transition for operations and passengers. The alignment now brings equity to the overall system.

A half-price discount is available for Veteran, Senior, Disabled, Medicare, Student passengers on most services. Photo ID must be presented to operator when boarding. 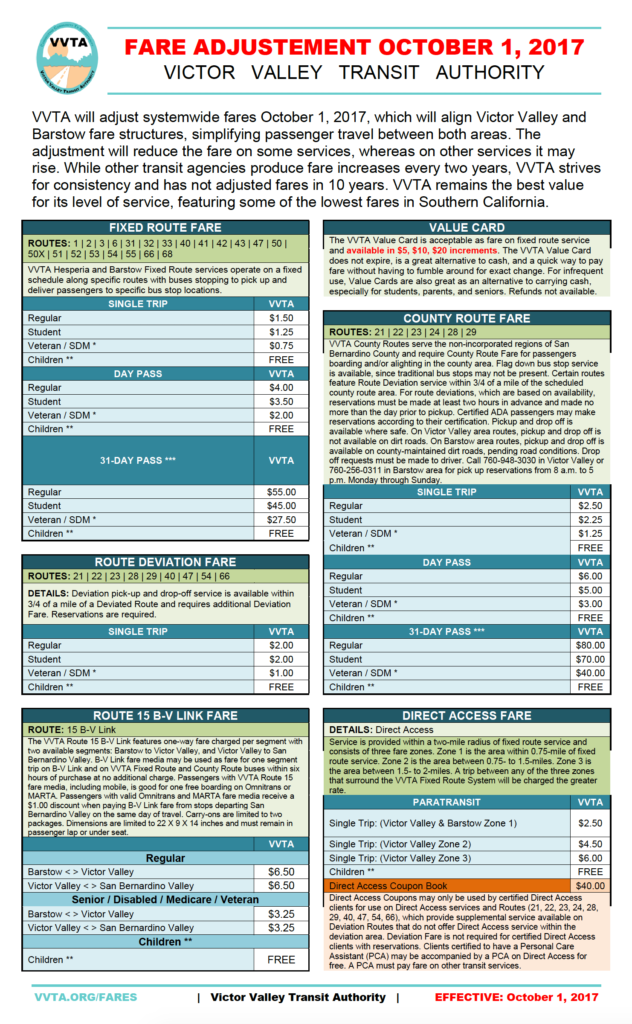 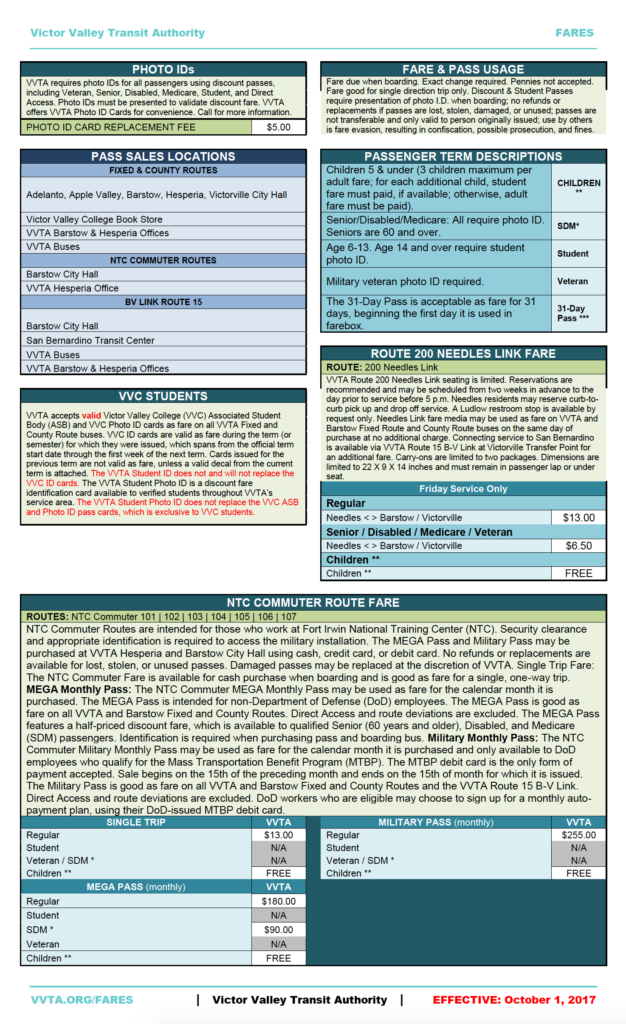 Man selling shoes on OfferUp robbed at gunpoint in Victorville