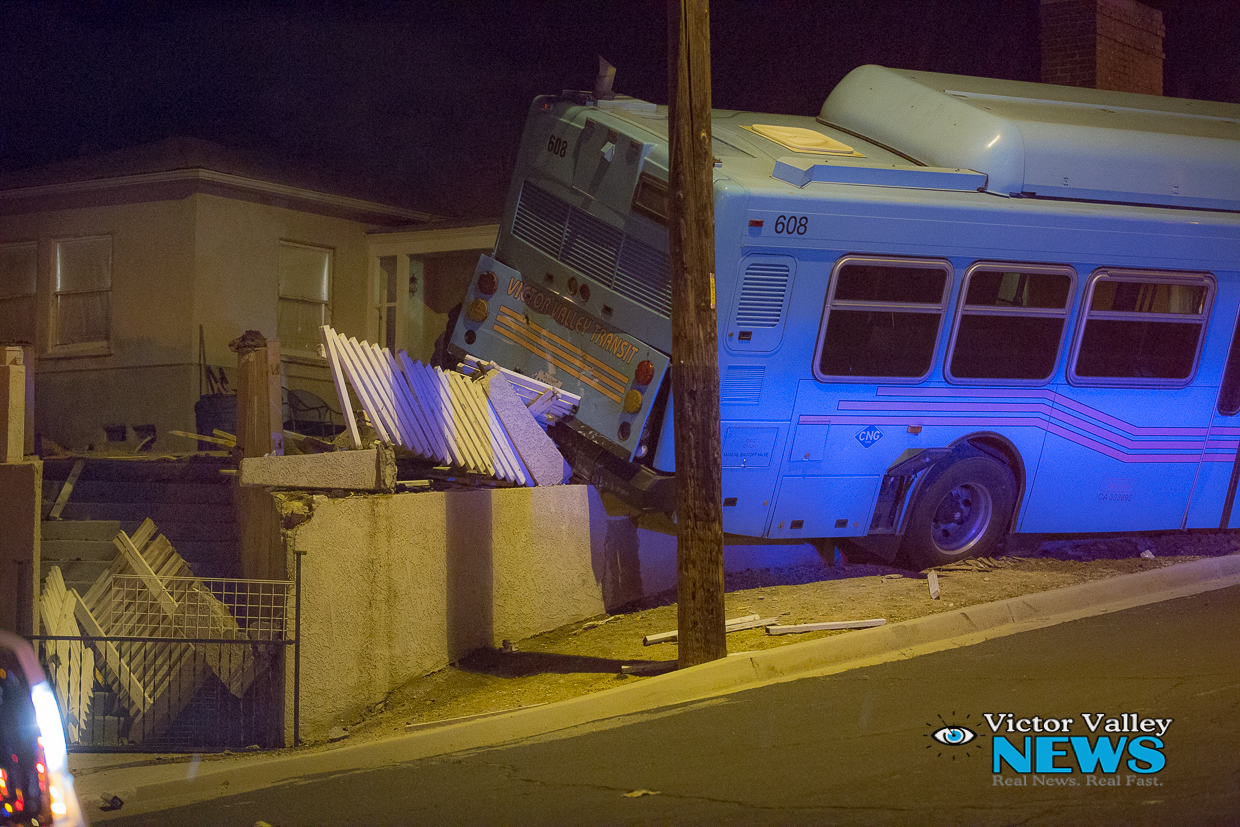 The bus was traveling eastbound on B street and stopped at a bus route at the top of the hill just before 11th Street.

“There was a malfunction on the bus and the driver got out to access it, and as soon as she got out the bus started rolling,” said Deputy Hylin based on initial reports from the bus driver.

The  30,000-pound clean natural gas bus was stopped by a concrete wall, which had it not been there the bus may have continued rolling directly into the path of another residence.

“I don’t even want to think about what may have happened,” said a neighbor as she looked at the lodged bus.

It took over an hour for two 4-axle tow trucks to strap the bus and safely remove it from the wall, all while being careful not to damage the power lines less than a couple of feet away from the rear of the bus.

The driver later told Victor Valley News she exited the bus after it was unable to start, she proceeded to reset the battery pack located on the side of the bus.

“The bus started rolling back, and I began to pray hoping nobody was going to get hurt,” said the startled driver.

No passengers were onboard at the time of the incident, and no injuries were reported.

The Victor Valley Transit Authority is investigating the incident.