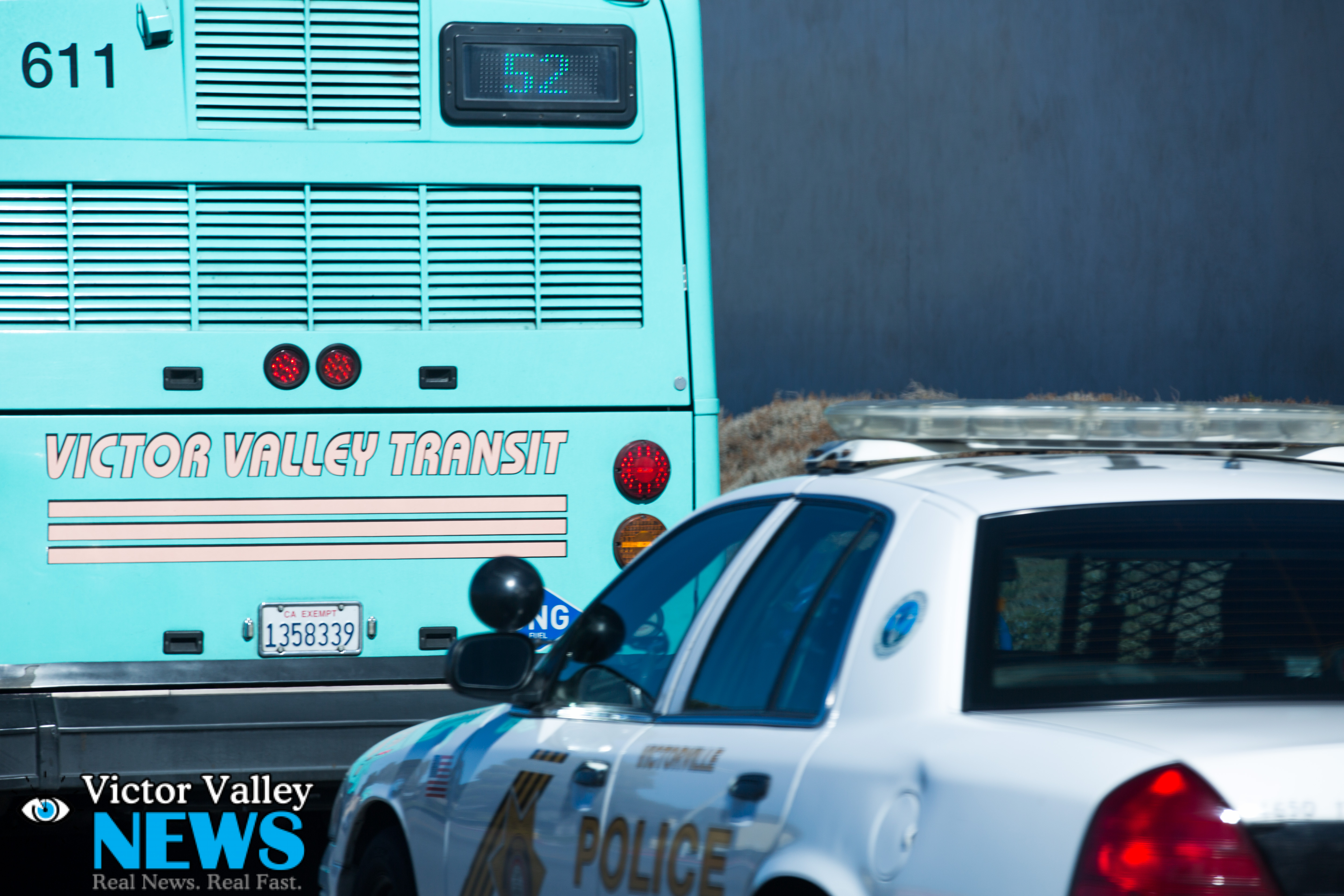 UPDATE: 1/26 @ 9:00 AM – According to Authorities, the suspects were located a short time later and after reviewing the onboard bus video and witness interviews, two of the suspects were arrested and charged with the assault and robbery. The third suspect was determined to be not involved in the crime and interviewed. The suspects were transported and booked at the High Desert Juvenile Detention Center.

The victim received injuries to his face and is expected to recover.

VICTORVILLE:(VVNG.com)- Police responded to a report of an assault involving a Victor Valley Transit Authority bus driver near the intersection of Palmdale Road and El Evado Road in Victorville.

According to Sgt. Ken Lutz, the incident started when one of the three suspects presented a questionable bus voucher to the driver. The suspects then threw the male bus driver onto the floor and all three suspects began assaulting him. The suspects stole bus passes and the drivers duffel bag turning the assault into a robbery.

The injuries of the bus driver are unknown at this time.

Per scanner traffic, the suspects are described as three black males, wearing dark clothing, shorts and back packs. They were seen running from the location towards the old Ralph’s building.

Lutz said, officers have three people detained and they are trying to determine if they are the possible suspects.