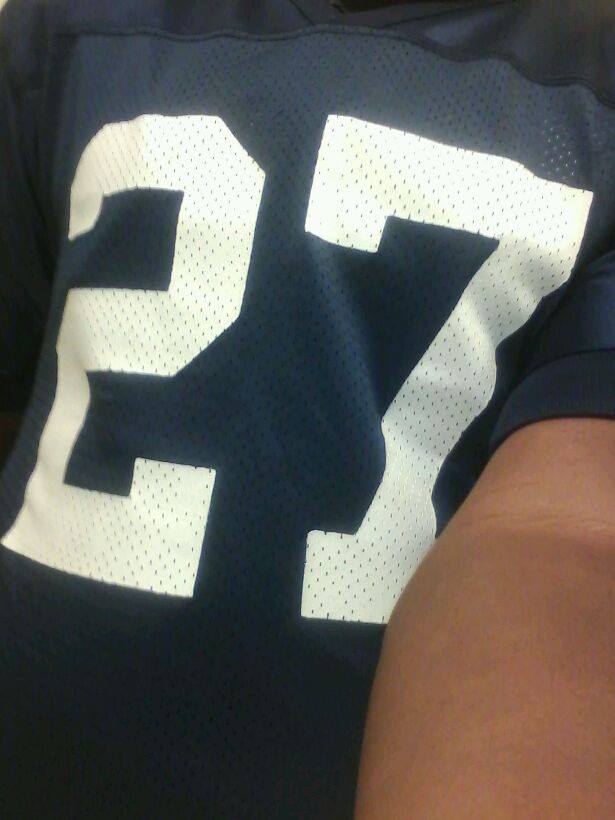 (VVNG.com)- Silverado High School Senior Jeremy Williams reached out to Victor Valley News Group members in an attempt to get assistance through sponsorship of group members for his needs in order to participate in football this year. Immediately after his post was made members of the great community group stepped forward to offer support and words of encouragement to the young man. Victor Valley News member, Tommy Coe stepped in to provide help first by offering to pay for the Jerseys needed, at a cost of $100.

When Jeremy asked if he would really be willing to help, Tommy Coe told the boy in a Victor Valley News group comment, “Yes I will do that for you. I only ask 3 things. 1. You do your best in the classroom. 2. You listen to your coaches and stay out of trouble. 3. You play your heart out. You do that and we are even for the jersey.”

Everyone was amazed to see the kindness from a stranger reaching out the young many who was making his last attempt to play the game he loves.

“I will say, Tommy Coe helps a lot! He donated $100 to my kid’s school a couple of years ago, so we could take the 5th grade class to Disneyland. Some of those kids had never been and might never go again. He really does give to his community,” said Victor Valley News member Jennifer Dawn Sizemore.  Other members shared how positive the post turned out, many praising Tommy, who stepped up when there was a local child in need.  “Tommy Coe, you are awesome. Not all teens are able to play sports due to financial hardships, you are an inspiration for today’s youth,” said Cindy Barnes.

Victor Valley News Group members told Jeremy that he now has nearly 47,000 fans, all of whom are rooting for him. A couple of other members stepped forward offering more help if needed to help this young man participate in the sport that he loves.

“I want everyone to know there are still good people in this world,” said Jeremy.  He also wanted people to know if they attended the games look for #27, Williams. He also wanted to assure the group that they picked the right kid saying, “I’m taking it to the top and looking back to everyone who helped me get there”.  He wants to prove that despite crime and racial tensions in the media and in society that there are good kids and there are good people of all races.  “I will prove that not only some teens are good, but also that not all AA’s (African American’s) are bad,” added Williams. “When i make the league I’m gonna look to all of you and you will watch me on TV and say that’s the kid who was blessed,” added Williams.

Later, attention was brought to more funds being needed to help Jeremy purchase his $100 Spirit Pack, which he also was unable to afford but too humble to ask for. “I need to buy the spirit pack which cost the same, it’s a total of $200, but God blessed me with $100 for my jersey I thanked him for that,” said 17-year-old Jeremy when asked about any other needs.

Azmi Alsanam, the owner of  Simple Auto Insurance a company serving the Victor Valley Community offered to contribute the money needed to make the purchase of his Spirit Pack possible. “If more people were willing to support these kids, the High Desert would turn into a place we were proud of! These kids are our future! Instead of focusing on these dumb, useless criminals, let’s focus on the kids!”, said Shauna Green.

Jeremy expressed his gratitude to the Victor Valley News community by saying, “Thanks the help is greatly appreciated, you guys came when I thought there wasn’t anymore hope.”

Motorcycle Accident Leaves One Deceased and One Injured

Suspect In Erin Corwin Murder to be Extradited