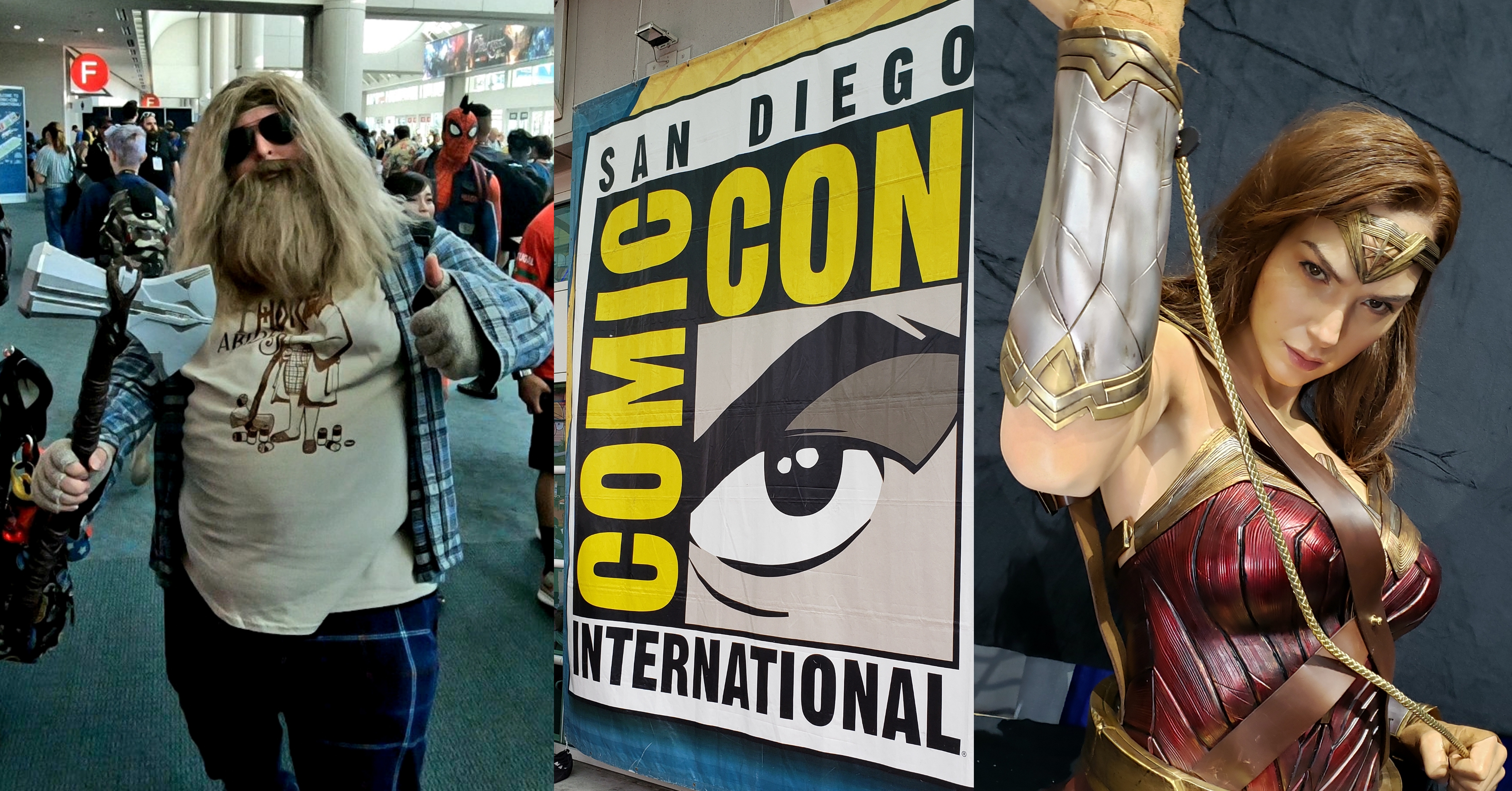 Comic-Con came and went this weekend and it left me amazed, star-struck, and SUPER tired. This convention is the largest convention of its kind (and, by far, the geekiest) in the world. This year, an estimated 135, 000 patrons, including myself, attended the nerdy event.

After years of not being able to get badges, since they sell out in less than an hour, I decided to send some of the movie reviews I have written for this site to Comic-Con to see if I qualified for a press badge to represent VVNG this year and, following an extensive application process, I was accepted, and Victor Valley News was invited to attend Comic-Con.

I was able to get lots of footage of the event that I am including in the form of a video and TONS of pictures, so you can get an idea of what to expect if you ever decide to go. Just make sure you are ready to walk, wait in long lines, push, get pushed, and walk some more as you enjoy the sights and sounds of everything movie, video-game, tv show, and comic-book related.