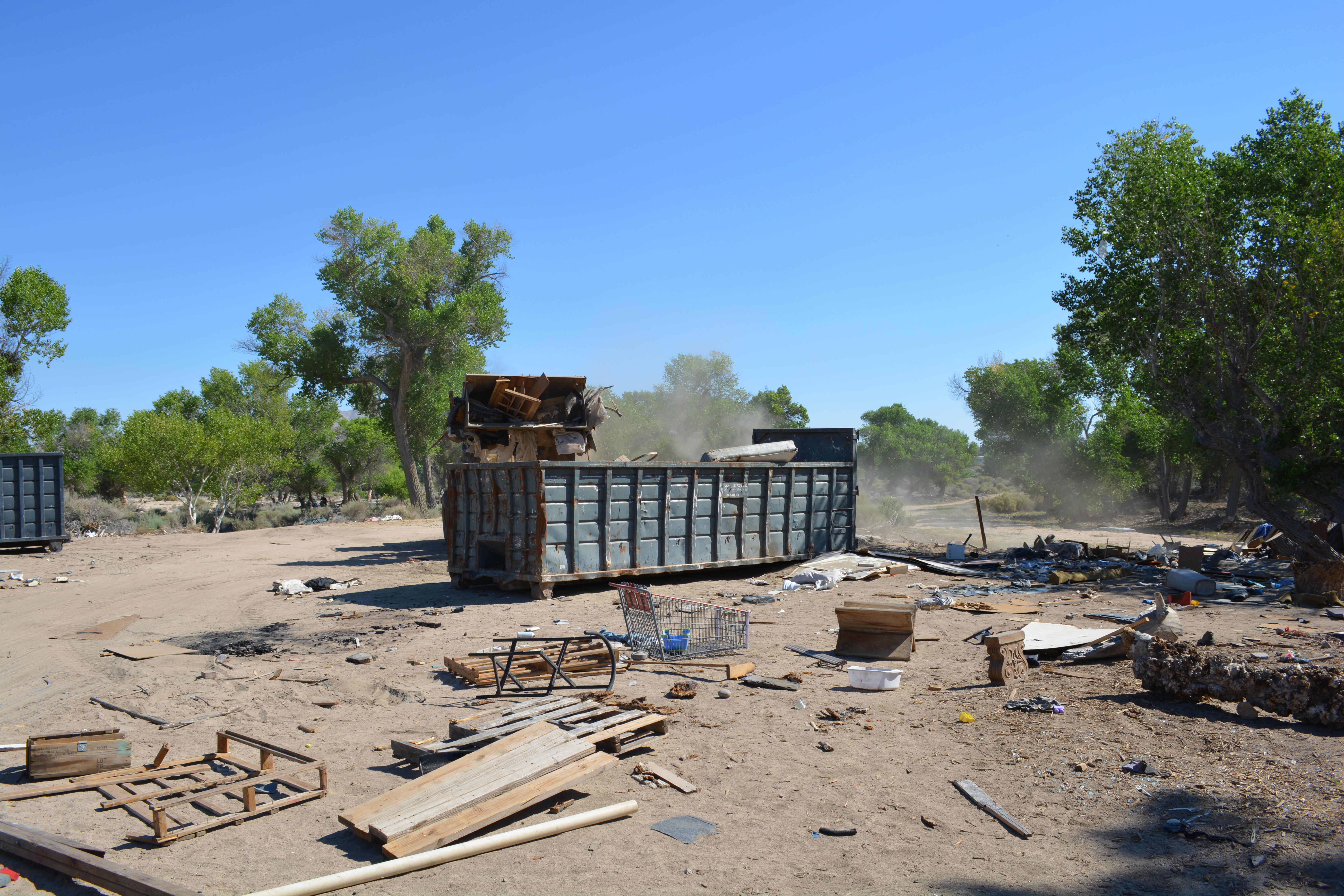 VICTORVILLE: On Saturday, June 13, 2015, the H.O.P.E Team collaborated with the City of Victorville Code enforcement, Public Works, and volunteers from the community to remove trash that had accumulated along the Mojave River next to and in homeless camps.

Working on the east and west side of Interstate 15, 54 work release inmates and 26 community volunteers assisted in filling 30 foot roll-off dumpsters that were provided by the City of Victorville through Burrtec Waste Disposal.

Twenty dumpsters in total were filled to the top with numerous items. The items collected included hazardous waste, e-waste, furniture, appliances, propane tanks, bags and buckets of human excrement as well as over 30 shopping carts from local businesses.

The large amount of trash was collected from 7:30 am until 12:00 pm. In the four and a half hour time span the dumpsters were filled to capacity. More refuse will be added to the final tally by the workers from the Public Works Department throughout this week as the clean-up operation continues.

A volunteer stated she hadn’t been down in the riverbed in over 20 years and hoped this was the first step to return it to its former pristine state.