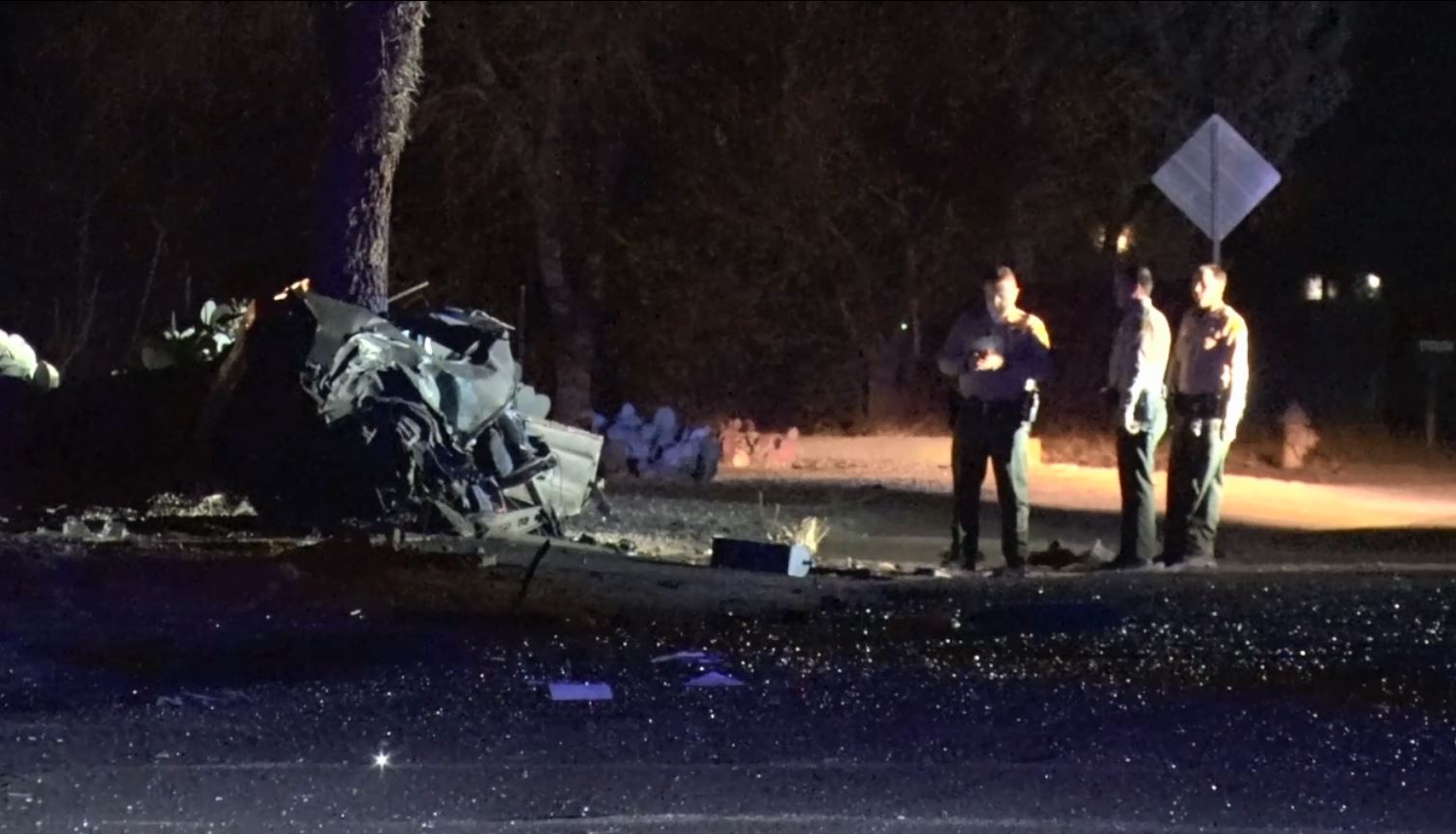 APPLE VALLEY, Calif. (VVNG.com) Authorities are investigating what was initially described as a hit-and-run crash that left a car unrecognizable after it wrapped around a tree.

It happened just before midnight on Tuesday when Dispatch received a call about a traffic collision at the intersection of Kiowa Road and Pine Ridge Avenue in Apple Valley.

According to scanner traffic, a person reported “a body” lying in the front yard of a house located on the 21400 block of Pine Ridge Avenue.

When deputies from the Apple Valley Sheriff’s Station arrived on scene they located two vehicles, one of which had been wrapped around a tree and severely destroyed and a second sedan with major front-end damage.

Due to the nature of injuries sustained by one of the parties, emergency personnel was requested to expedite, however, it’s unclear if the person was transported to a hospital or not.

No further details on the crash or the individuals involved have been released. The area surrounding the crash will remain closed for several hours as the Major Accident Investigation Team process the scene.

Check back for more updates or join the newsgroup on Facebook with over 106,000 members. https://www.FB.com/groups/VictorValleyNews 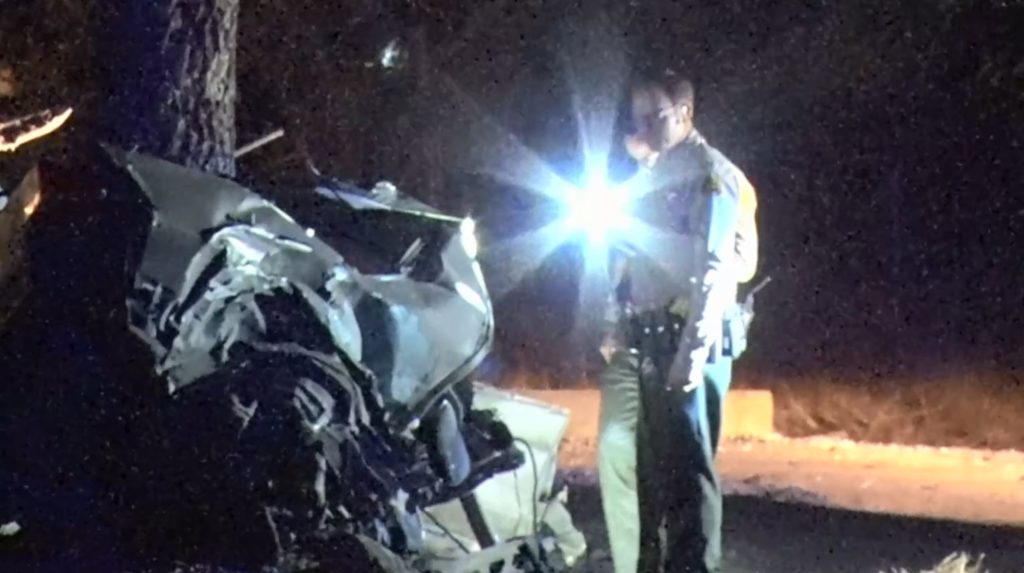 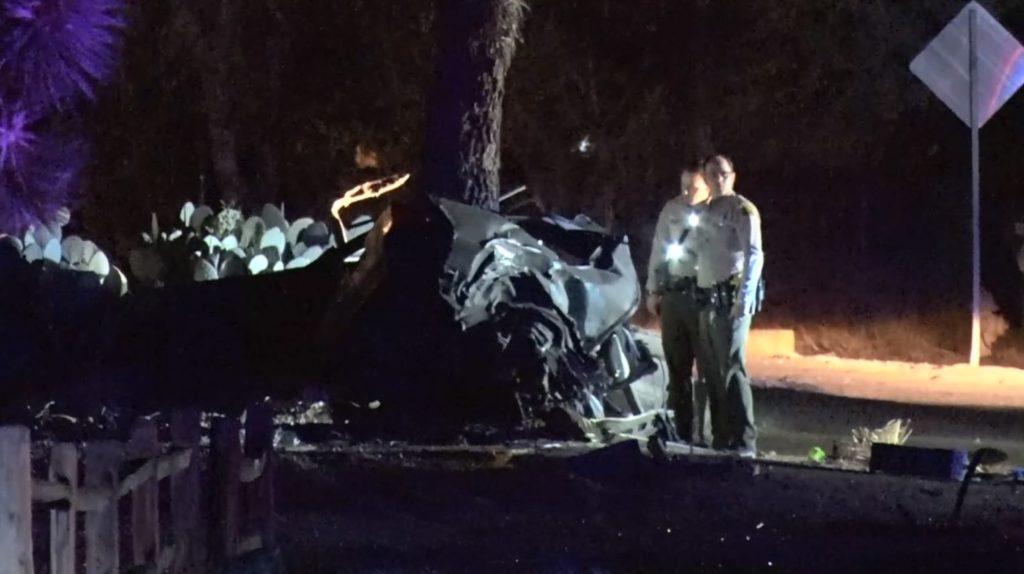 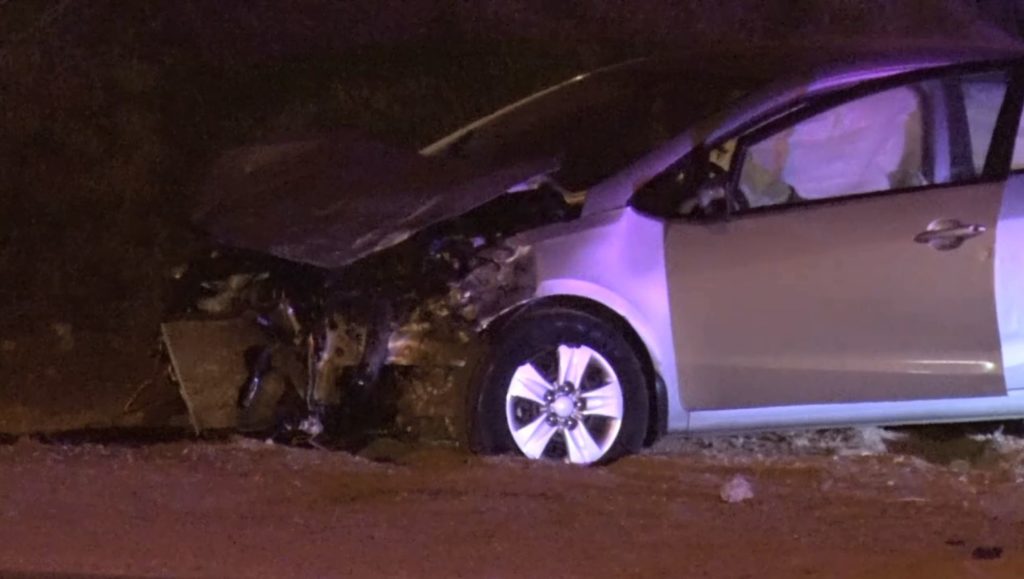