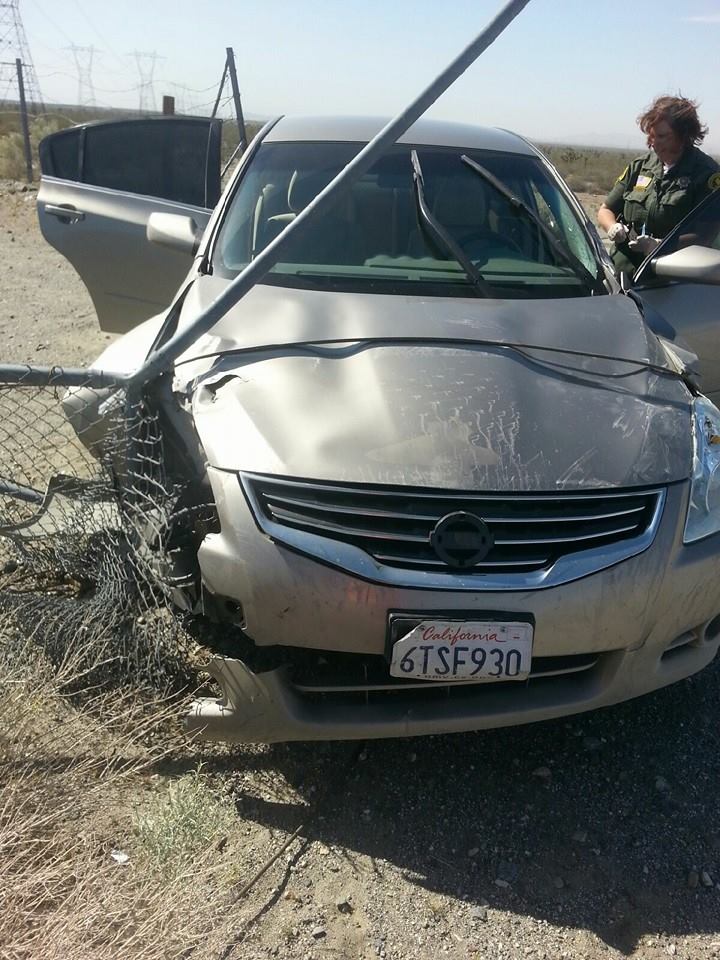 PHELAN:(VVNG.com)- A member of Victor Valley News Group took to social media and asked the public to be on the look out for her stolen 2011 tan-colored Nissan Altima.

According to a post made by Melissa Hicks, her Phelan home in the area of Sheepcreek Road and Arrowhead was broken into and ransacked on Tuesday, April 14 2015. Her vehicle along with a Playstation, Xbox, two laptops, and several other times were stolen from the residence.

At approximately 3:00 P.M., dispatched received a call of a traffic collision involving a tan-colored Nissan near Beakley Road and the Aqueduct. According to the reporting party two juveniles were seen running from the vehicle.

Victor Valley News Group member, Renee Van Demark-Howell, commented the following, “we found them doing donuts by my house. We followed them with 911 on the phone and they came up to the aqua duct and they ran into the fence. They got out and ran.”

This was one of the items stolen a 2014 fit Benny.

Deputies on the ground followed foot tracks in the area. A Sheriff’s helicopter was also requested to assist with aerial support. After an extensive search of the area deputies located the two suspects later identified as juveniles walking down Duncan Road. Both juveniles were positively identified by witnesses during an infield line up.

The stolen vehicle was recovered with heavy damage. Unfortunately, the other stolen property has not been located.