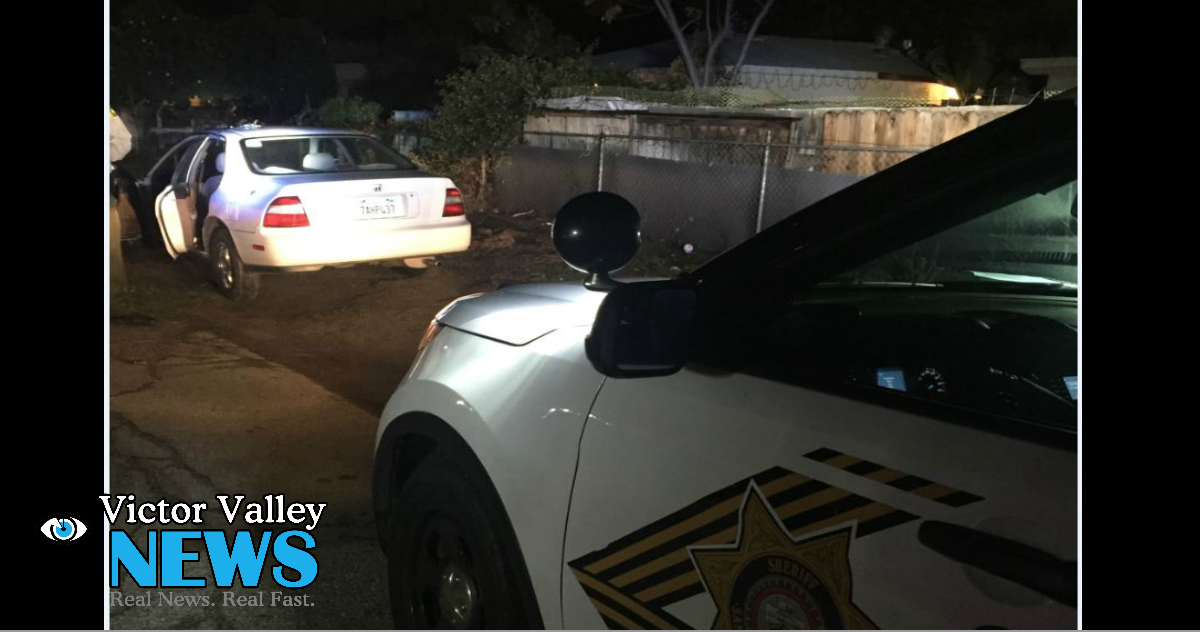 On Friday, November 25, 2016 at 1:40 a.m., Deputies from the Hesperia Station responded to a commercial burglary alarm at a restaurant in the 15000 block of Bear Valley Road in Hesperia.

Upon arrival, deputies discovered a smashed window and determined a burglary had occurred.

While conducting that investigation, a vigilant citizen reported a suspicious vehicle and subjects in the same area that appeared to be related to the burglary.

Deputy Dustin Whitson, who was en-route to the call heard another audible alarm sounding at another business in the 15000 block of Main Street and while investigating that call, saw several subjects running from the location who got into a vehicle and attempted to leave the area.

Deputy Whitson conducted a traffic stop on the vehicle occupied by six males and detained them without incident.

Through further investigation, all six subjects were determined to be involved in both cases and all six were arrested. Authorities have identified the suspects as Mykeyan Taylor, 18, James Berryman, 18, Terrill Jones, 19, Cameron Farris, 19, Dante Brisco, 18, and a 16-year-old male juvenile.

Evidence was recovered, including property stolen from the Bear Valley burglary incident that connected the suspects to both cases.

The five adult suspects were booked at the High Desert Detention Center for Commercial Burglary and Conspiracy to commit Burglary. Suspects Mykeyan Taylor and Terrill Jones were found to have No-Bail warrants for their arrest and also held on those warrants.

The 6th suspect, a male juvenile was booked at the High Desert Juvenile Hall on the same charges.