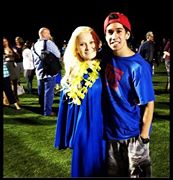 (VVNG.com)- A tragic two fatality accident occurred at 11:40 p.m. on Tuesday, June 24th, taking the life of 18-year-old Nicole Brittany Lyle and 16-year-old John Cabrera. The accident occurred just after the group of kids and young adults met friends in a second vehicle by Hwy 138 and the 15 freeway to head for the beach.

An 80,000 pound, 3-axle dump truck loaded with a fresh load of concrete lost its brakes as it was exiting the southbound 15 freeway then crossed through an intersection and struck a PT Cruiser that was traveling westbound on Highway 138. The truck then carried the car down an embankment subsequently crushing the vehicle before coming to a stop on top of the vehicle in the parking lot of a Shell gas station.

The three injured, 15-year-old David Castaneda, 20-year-old Mikey Baker, and 19-year-old  Shane Gretzner, were all transported to Arrowhead Regional Medical Center in Colton. Shane has since been released with six broken ribs, Mikey is still hospitalized with a broken arm and nerve damage. David is in the Intensive Care Unit recovering from a shattered ankle broken, a broken wrist, a broken femur, no feeling in one of his legs and blood in his urine. He is waiting to have surgery on his broken femur tomorrow, according to his mother.

At this time, those hospitalized are unaware of the deaths of their best friends since they feel it may inhibit the healing process.

Family and friends have planned a candle lighting tonight for the two victims who lost their lives in the accident. The impromptu vigil will be held at Serrano High School located at; 9292 Sheep Creek Rd, in Phelan in the football field at 7:00 p.m. There will also be counselors and a crisis team available there if anyone who would like to talk to them. 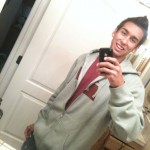 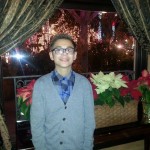 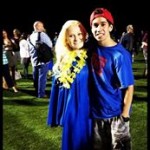