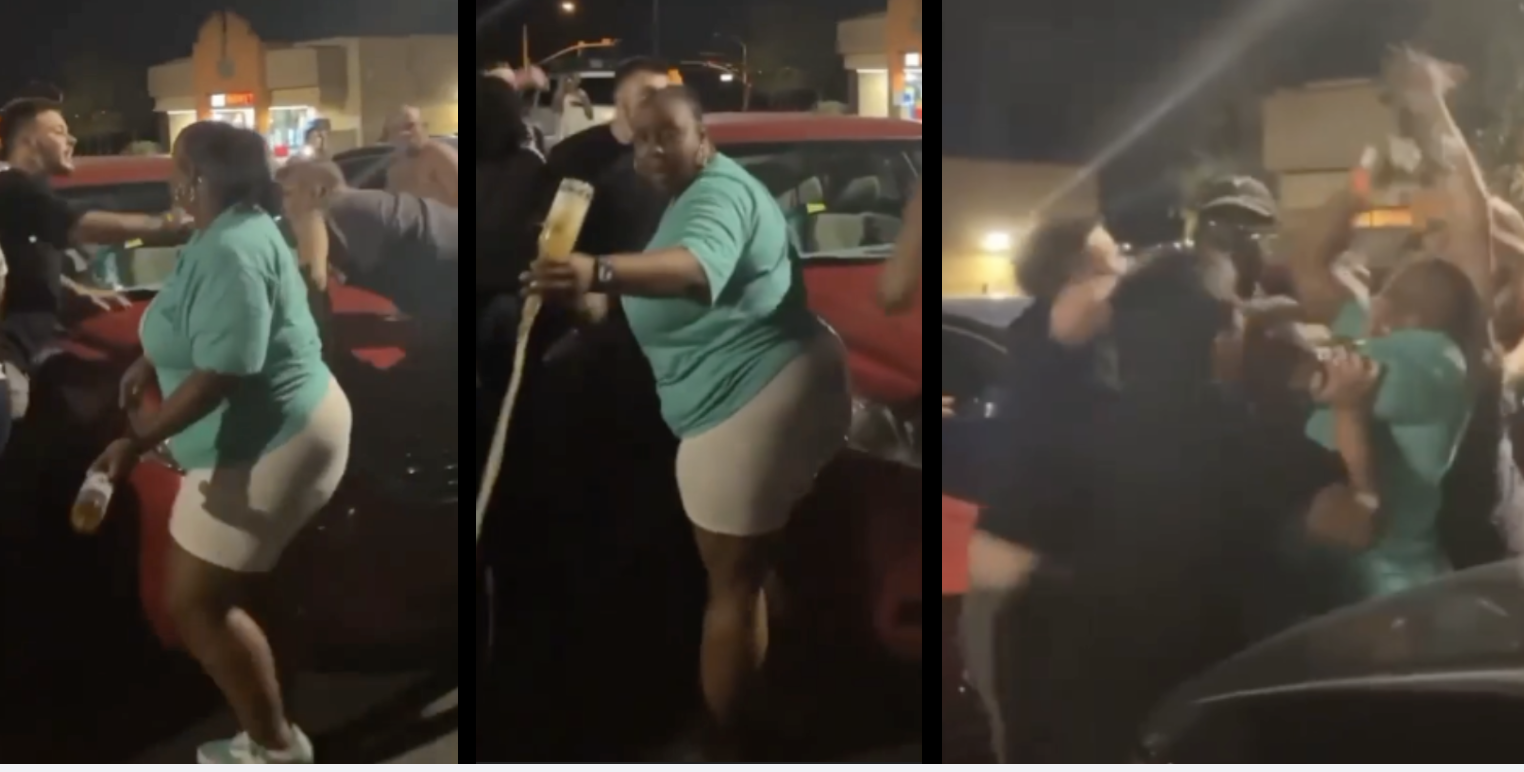 VICTORVILLE, Calif. (VVNG.com) — A 21-year-old man was struck on the head with a glass bottle outside of Ricky’s Bar in Victorville.

At about 1:39 am, on Saturday, July 24th deputies from the Victorville Police Department responded to multiple subjects fighting in the parking lot located in the 13700 block of Hesperia Road.

Cell phone video of the fight that was shared on Instagram shows a group of people involved in a physical altercation.

As punches are thrown the fight escalates as more people continue to get involved. At one point during the video, a woman wearing a teal shirt and white shorts is seen dumping the liquid from a glass bottle and exchanging few words with another group before breaking the bottle over a man’s head.

Sherrif’s spokeswoman Mara Rodriguez said the male was transported to a local hospital for treatment after he was struck with a glass bottle, causing a large laceration to his face.

“The subject that reportedly hit the man had fled the location before deputies arrived. Her identity is unknown,” stated Rodriguez. The woman was described as a black female wearing a teal shirt.

The Victorville Police Department is asking for anyone with information to contact the station at 760-241-2911 and reference case # VCR2106951.