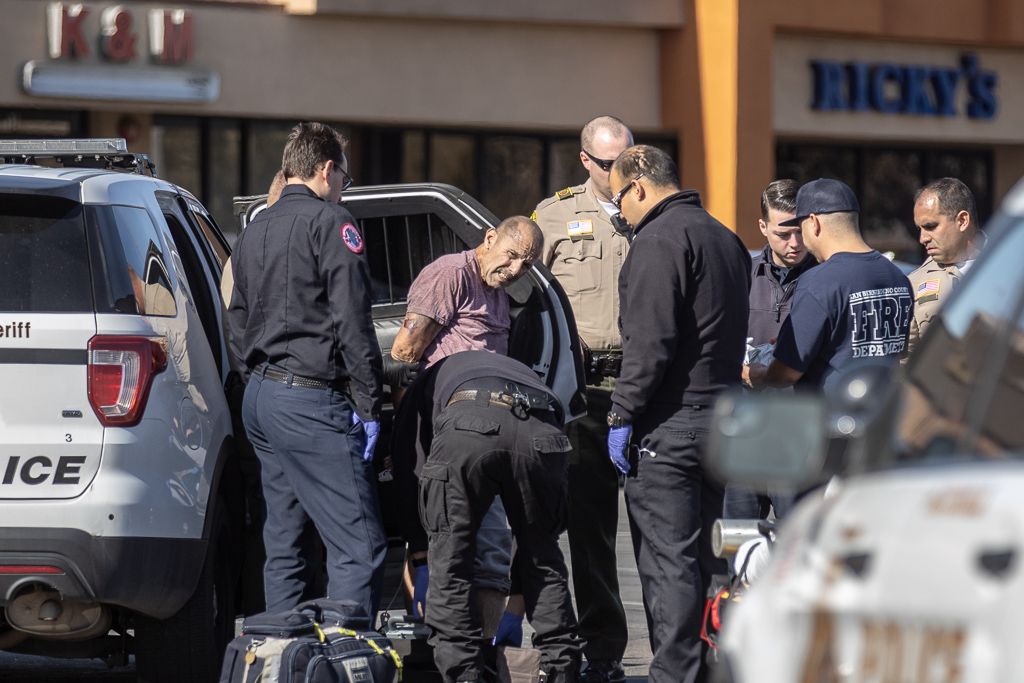 VICTORVILLE, Calif. (VVNG.com) — A suspect wanted for parole violations was arrested after deputies fired less than lethal rounds to apprehend him.

It started on the morning of Sunday, January 27, 2019, when the suspect, Vincent Rivera, 57, a Victorville transient, showed up at his ex-girlfriend’s house in the 14200 of Rodeo Drive.

According to a sheriff’s news release, an argument occurred and the suspect grabbed the victim’s cell phone and refused to return it.

“The victim attempted to take the phone back and was pushed to the floor. While on the floor, the suspect held the victim down by pushing his knee against her neck, making it difficult for her to breathe,” stated the release.

Reyes fled the scene with the victim’s cell phone prior to deputies arriving.

Deputies investigating the incident discovered the suspect was wanted for a felony parole violation and had a history of crimes similar to the one committed that day.

At approximately 11:50 am, deputies located Reyes in a parking lot at Green Tree Boulevard and Hesperia Road, near a vehicle.

“The suspect refused to comply with deputies, refusing to remove his hands from his pockets,” stated the release.

Deputies were heard shouting commands for the suspect to get on the ground. Seconds later an officer is heard shouting bean bag followed by multiple rounds heard.

Officers were able to take him into custody after using less than lethal force to gain compliance.

Reyes was arrested and booked at High Desert Detention Center for robbery, inflicting corporal injury, obstructing a Peace Officer, and felony parole violation. He is scheduled to appear in Victorville Superior Court on January 29, 2019.