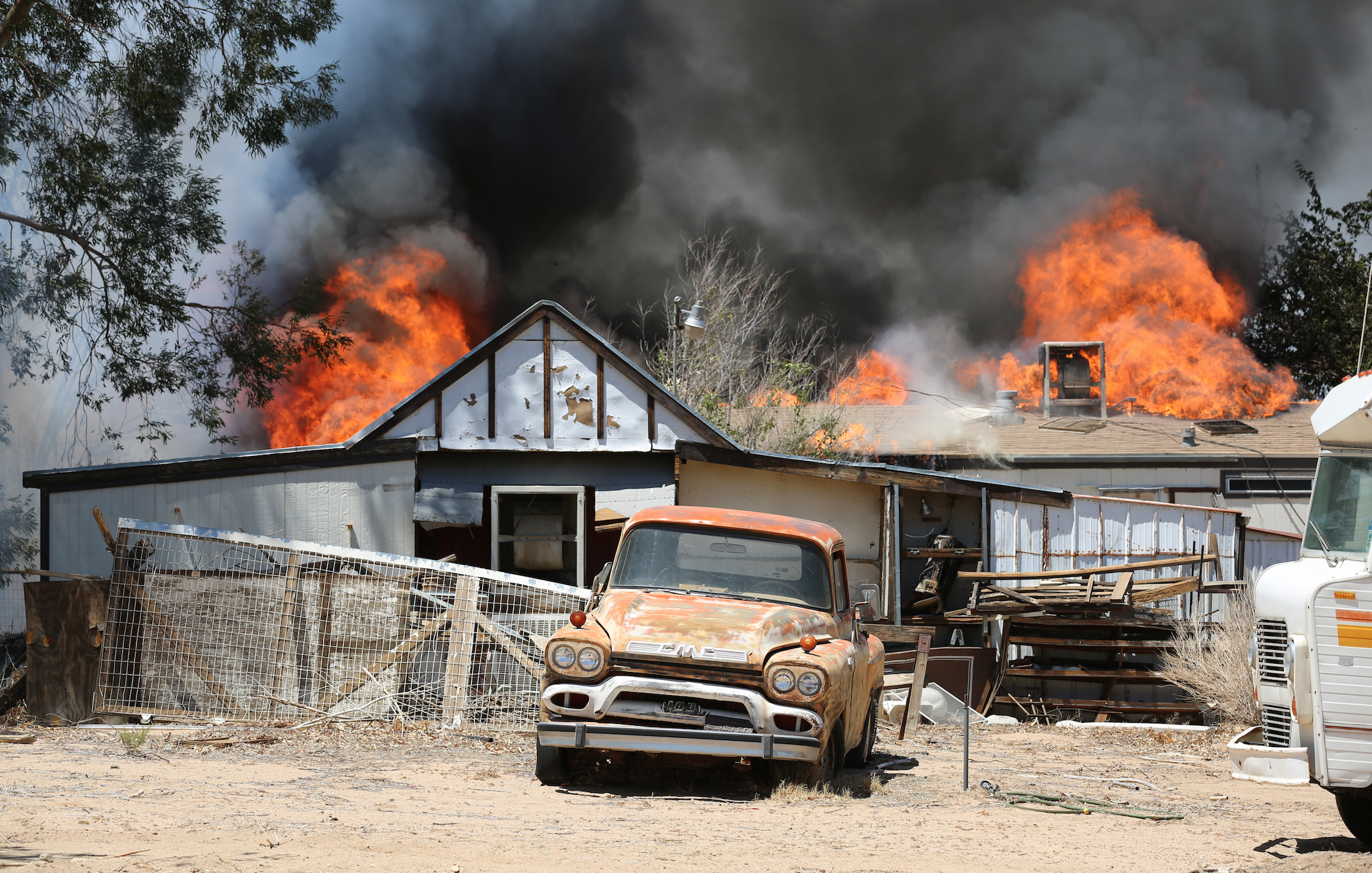 [googlemap src=”” align=”alignright” ]VICTORVILLE: (VVNG.com)- At approximately 1:30 p.m. on Monday June 23rd, a fire engulfed a manufactured home in the 13000 block of Camellia Road near Cobalt north of Palmdale Road in the city of Victorville.

Firefighters quickly responded to the scene to fight the blaze but were confronted by multiple explosions caused by ammunition in the home. These explosions caused a safety hazard to first responders which slowed them down temporarily, but also possibly increased the spread of the fire. There was also a propane tank seen not far from the area of the fire, causing the firefighters to become additionally alarmed. The blaze was said to have started with two vehicles that were in the backyard of a neighbor’s home. It spread to a building outside of the home and then to the home.

The home, vehicles and other building engulfed by the blaze are all considered to be a complete loss. The occupants, one of who was present at the time of the fire, was said to have been safely evacuated from the home along with one of her three dogs. The other two dogs are unaccounted for at this time.

The exact cause of the fire is still under investigation.