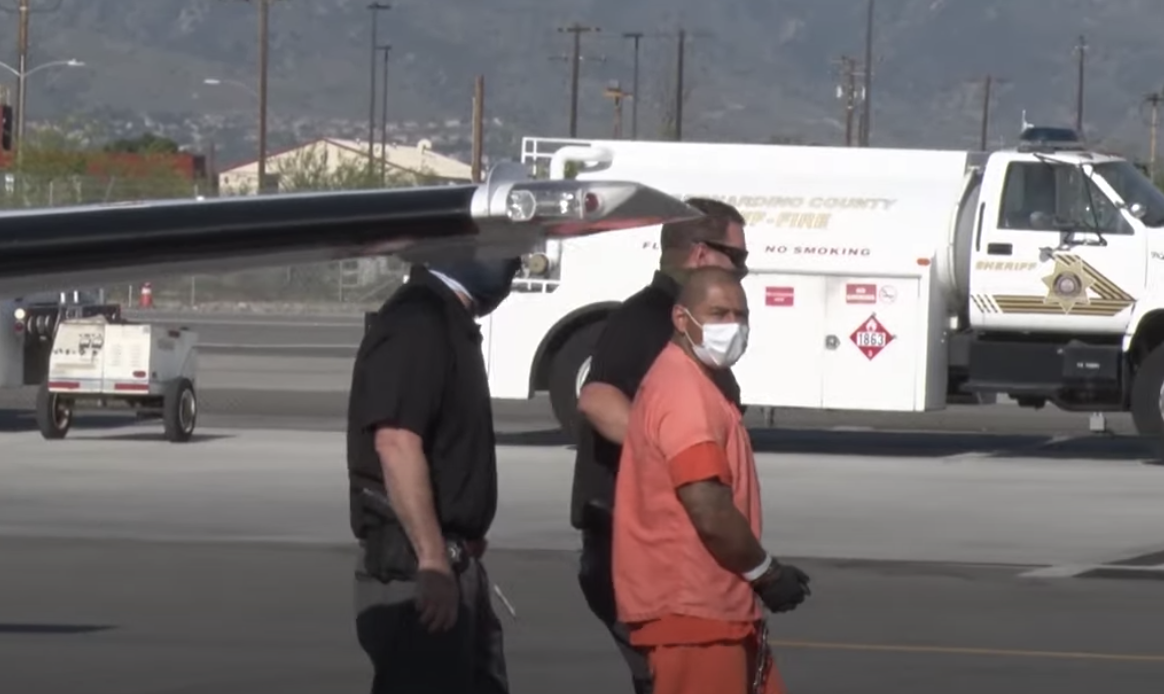 SAN BERNARDINO, Calif. (VVNG.com) — A triple-murder suspect who fled to Colorado after allegedly killing his girlfriend and her two young boys was extradited back to San Bernardino County today, officials said.

On Friday, May 1, 2020, Louis Lucero waived the extradition process and was transported back to San Bernardino County. Homicide Detectives booked Lucero at West Valley Detention Center for murder and he is being held without bail.

Lucero is charged with killing his girlfriend Erlinda Villareal, 42, and her two boys ages 9 and 12. Detectives believe Lucero murdered all three of the victims at an unknown location and later left in the rural desert where they were found by a person off-roading.

The Sheriff’s Department posted video of Lucero exiting an airplane wearing an orange jumpsuit and a pair of cuffs as he is placed into the back of a patrol vehicle.

Lucero is expected to be arraigned in a Victorville court room on Tuesday.