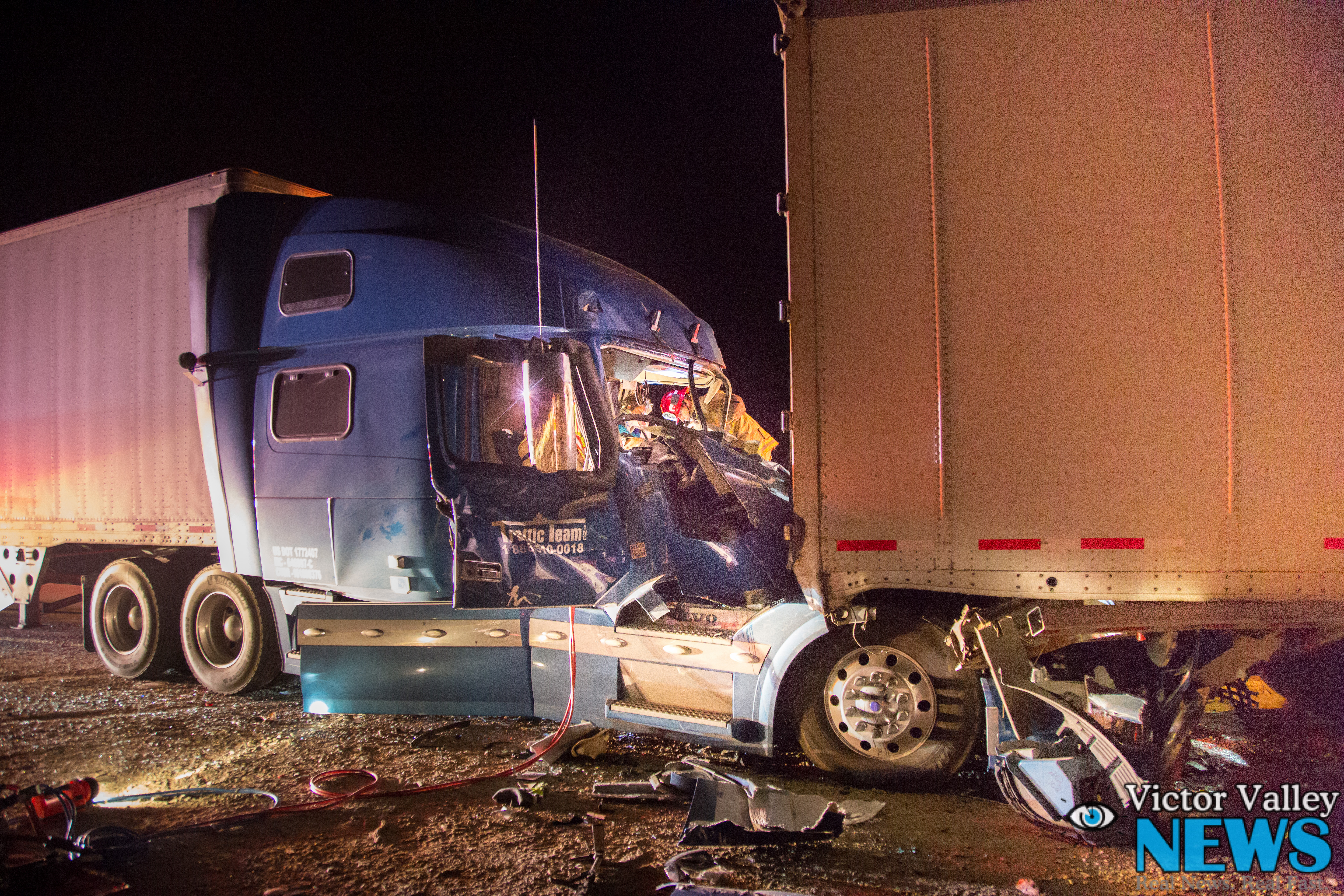 APPLE VALLEY-(VVNG.com):  The driver of a semi was airlifted after veering into another semi that was pulled over by a California Highway Patrol unit during a routine traffic stop Thursday evening.

At around 7:40 p.m. the CHP and the San Bernardino County Fire Department responded to a three vehicle traffic collision on the I-15 north between Dale Evans Parkway and Wild Wash Road.

For unknown reasons a blue colored semi traveling northbound on the 15 freeway veered off the road, and side swiped the side of the CHP unit subsequently slamming into the back of the stopped semi.

The driver of the semi-required a major extrication and was airlifted to Arrowhead Regional Medical Center. It took firefighters just under an hour to extricate the driver.

The driver of the stopped semi told Victor Valley News, he was sitting in the passenger side of the cab when he felt the strong impact. “I had no idea what was going on. The impact pushed my truck at least 30 feet”, stated the cab driver who asked to remain anonymous. He explained he was on his way to Las Vegas from Ontario, CA to deliver a load of 7up.

There were no other injuries reported as a result of the collision. The #3 lane of traffic was closed for just over 20 minutes per CHP incident logs and was reopened to traffic at around 8:50 p.m.

At this time the official cause of the accident remains under investigation. More information will be updated as it becomes available.