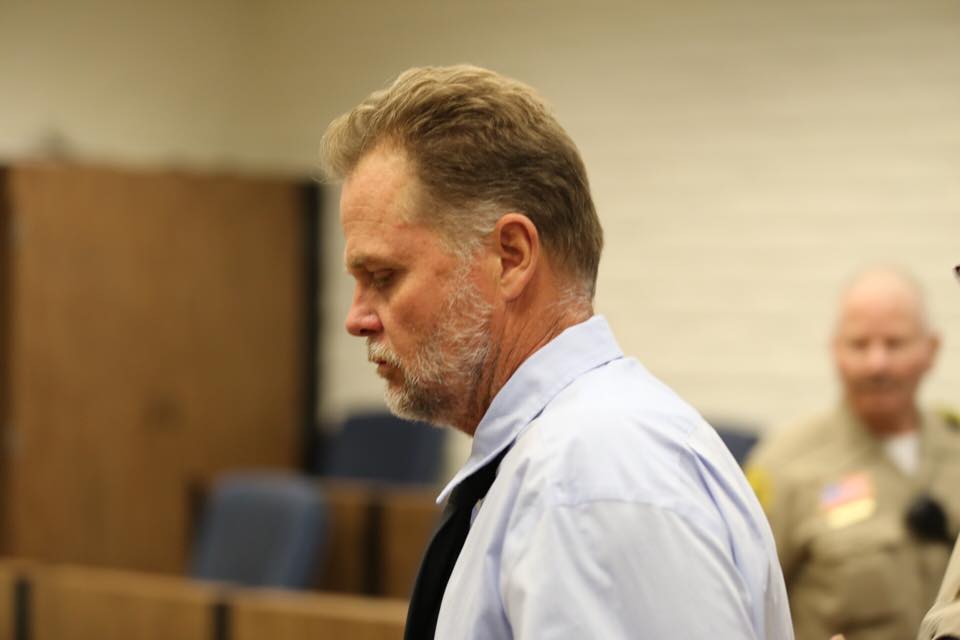 VICTORVILLE -(VVNG.com): Charles “Chase” Merritt was arraigned on Wednesday, November 12 in the San Bernardino County Superior Court in Victorville. Over ten media outlets, both large and small requested to be present at the afternoon hearing for this high-profile case.

Merritt 57, no longer in jail garb entered the courtroom in business attire to put in his plea for the callous murder and inhumane burial of his one time business partner and his family.

Most details of the case are understandably sealed in order not to taint evidence or a possible jury pool. The details we do know are limited to the fact that authorities feel that the family was killed in their Fallbrook home, and that the cause of death was blunt force trauma. Evidence found at the burial site, linked to Merritt and was a part of what lead to him ultimately being arrested.

The man who has steadfast claiming innocence has answered to the court  regarding his innocence or guilt with a not guilty plea. To many it was no surprise since prior to his arrest, Merritt had planned to release a book called, “Afraid of the Light, where according to his accounts, Joseph McStay felt his wife had been poisoning him just days prior to the family going missing.

The defendant was returned to West Valley Detention Center in Rancho Cucamonga where he is being held, with No Bail. The next appearance is for the Pre-Preliminary Hearing and Bail Motion on November 20th.