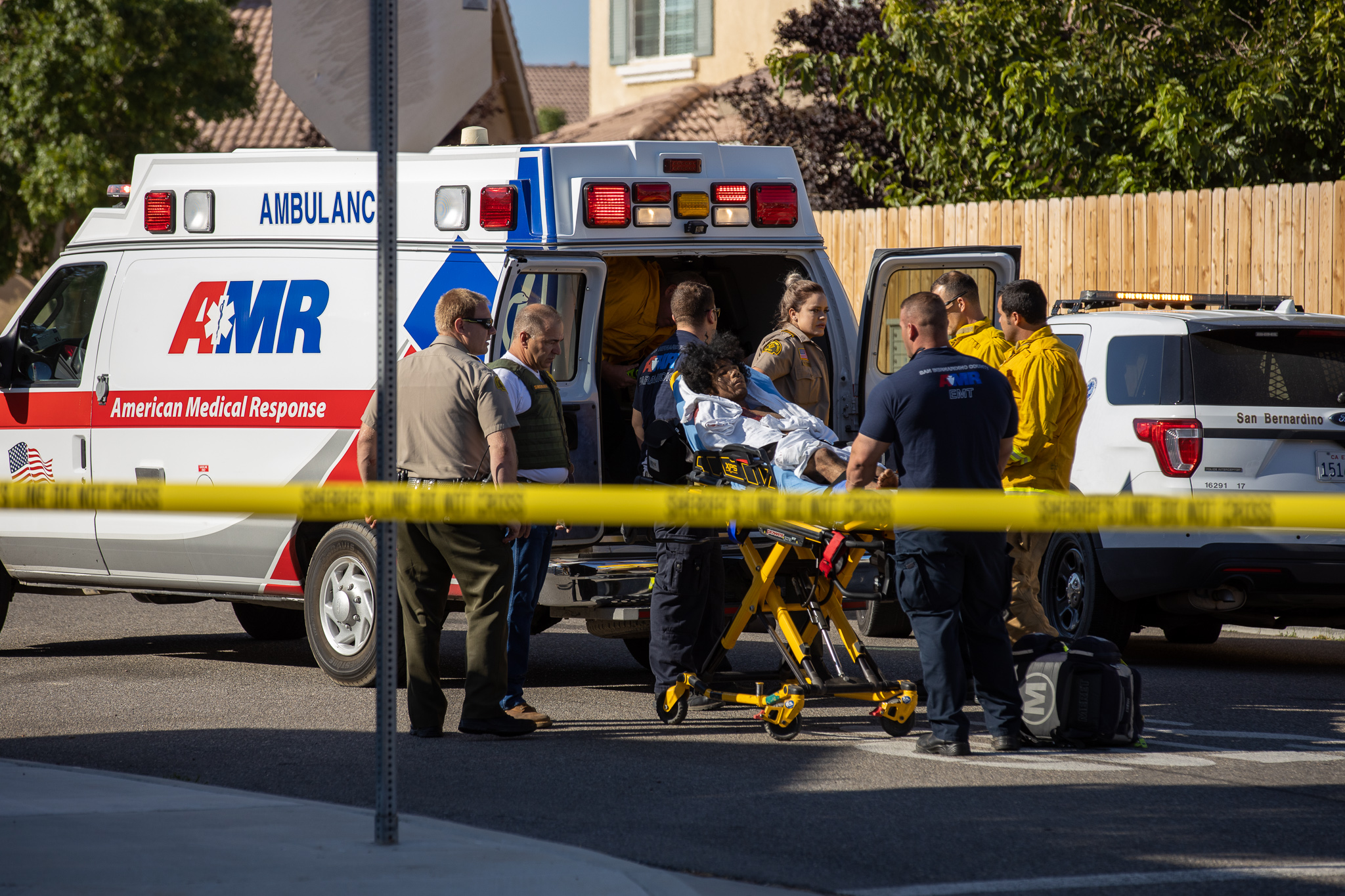 VICTORVILLE, CALIF. (VVNG.com) A man was shot by police after he assaulted an officer, stole her gun and then shot towards the deputy.

It all happened just before 8:30 a.m. on Wednesday, September 4, 2019, when a Victorville Deputy responded to the 13000 block of Cabazon Court and made contact with a male suspect.

At some point during the encounter, the suspect became physical and violently attacked the female deputy and then took her gun.

In disturbing cellphone footage captured by a nearby resident, the suspect could be seen striking the officer multiple times before they both fell to the ground.

While on the ground, the suspect and deputy continue fighting while the gun fires off a couple of times. The video shows the suspect manages to get the gun, and then takes aim at the officer as she attempts to take shelter.

“We were up here today from Santa Ana doing yard work, I heard the guy yelling at the cop saying he was going to kill her,” said a witness who did not want to be named. “The only reason he didn’t shoot her is because she was rolling around so he didn’t have a clear shot.”

Mara Rodriguez, the Victorville Police Department’s Spokeswoman, said the suspect was shot by police and transported to a local hospital, then further airlifted to a trauma center. His condition is unknown at this time.

Rodriguez said that no deputy was injured by gunfire. The deputy that was assaulted by the suspect was treated by emergency personal at the scene, then released.

Neighbors said deputies responded to the resident twice on Tuesday. Authorities did not immediately provide details as to what led them out to the residence Wednesday.

This is a developing story. Please check back for updates.

Related Article: Police ID suspect who grabbed a Victorville deputies gun and fired at her during altercation