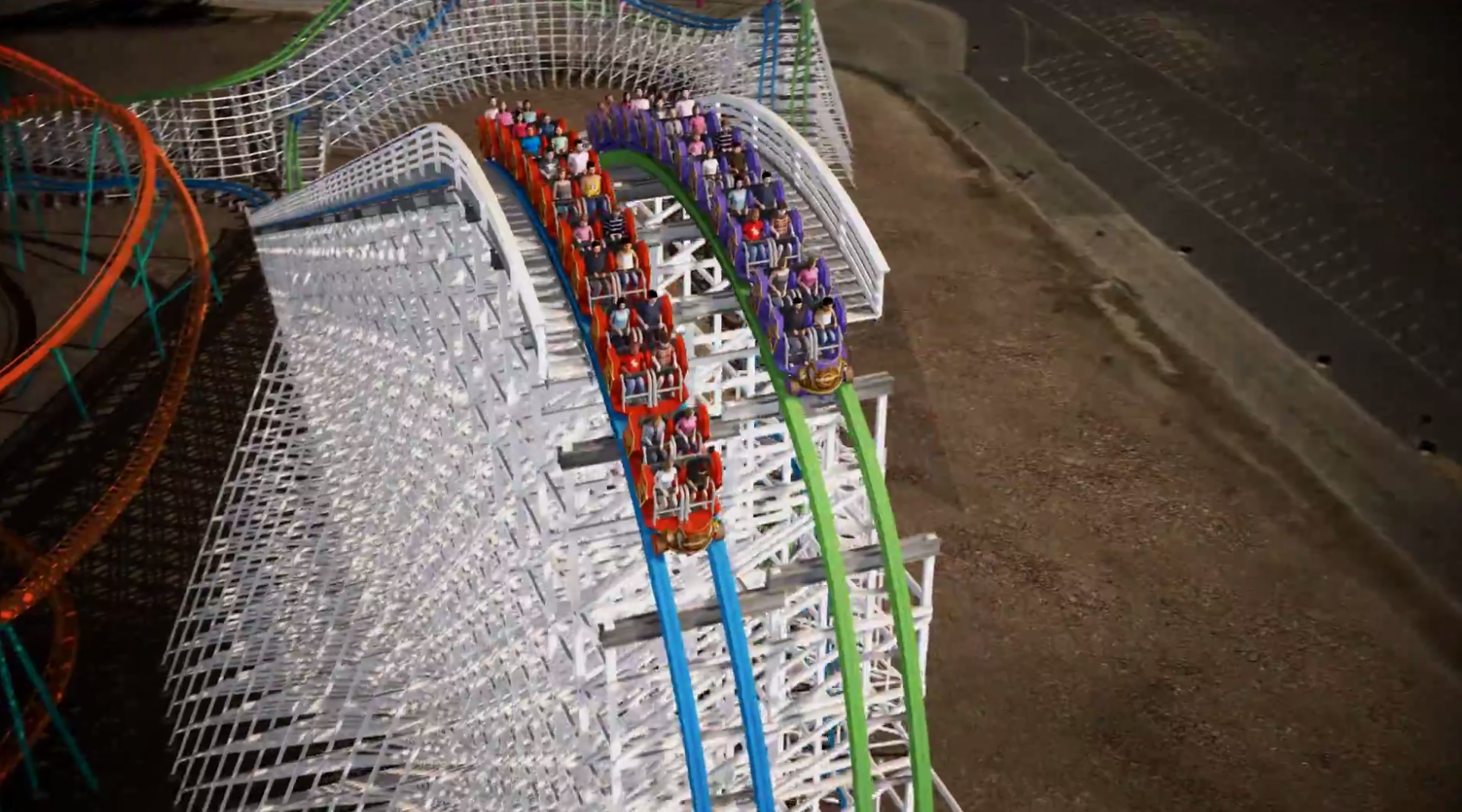 (VVNG.com)- Six Flags Magic Mountain’s iconic “woodie” is returning in 2015 as the world’s longest hybrid coaster, marrying both steel and wood for the ultimate thrill. Twisted Colossus will open at Six Flags Magic Mountain in spring 2015 making it the world’s longest Hybrid coaster. Rocky Mountain Construction would be adding their I-Box Technology to the ride making the track steel while still keeping the original wooden structure.

Colossus opened to the public on June 29, 1978, as the tallest and fastest wooden roller coaster in the world and the first with two drops greater than 100 feet.

See what it will be like to ride a state-of-the-art hybrid coaster with steep banks and unrelenting rolls and spirals.