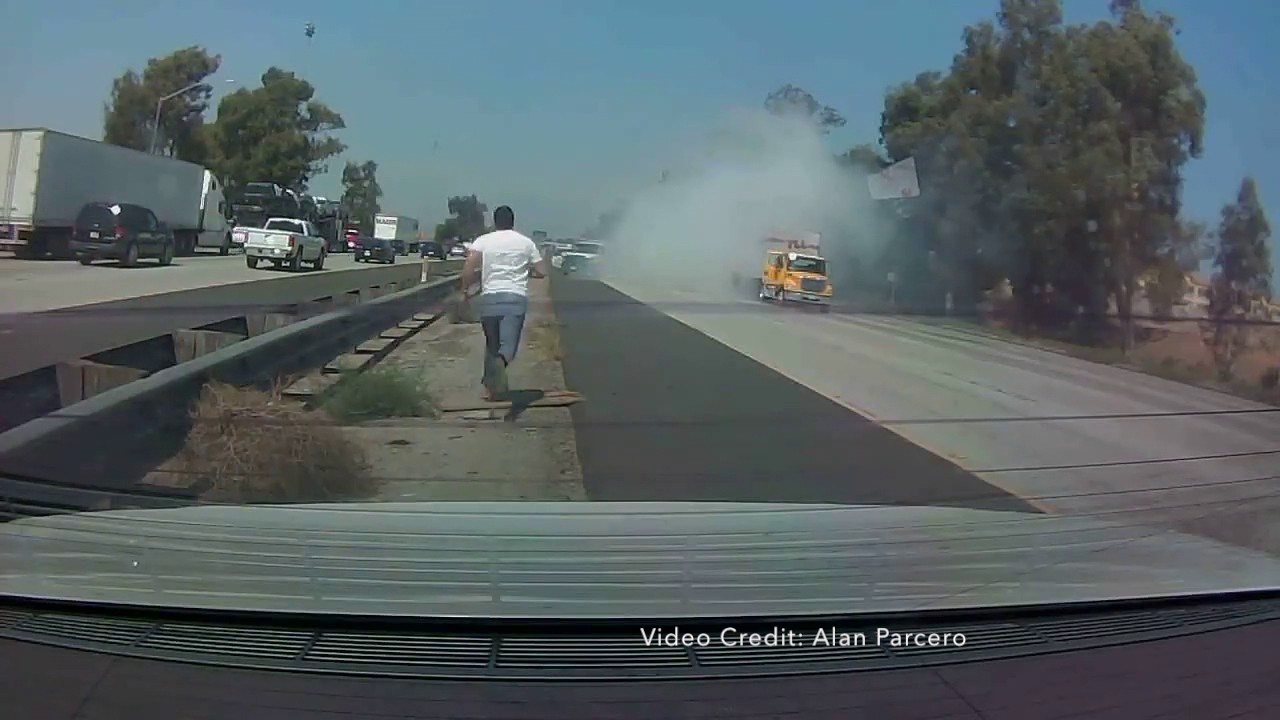 COLTON, Calif. (VVNG.com) A woman’s car was pinned under a semi truck on the 10 freeway after a car sideswiped her. The shocking footage was captured on a Good Samaritan’s dashcam video.

Alan Parcero said his mother was driving westbound on the 10 Freeway Wednesday at around 3:00 p.m. near Pepper Street when the impact occurred.

The suspect’s vehicle who was driving erratically and caused the crash was described as a 2013-2015 Infinity g37.

The gray sedan attempted to pass his moms vehicle on the left in what appears to be a high-rate of speed.

Parcero said, “I need to catch this person, and I’m not giving up until I do”.

Although the video looks insanely graphic, the woman astonishingly survives with only scrapes and bruises.

“After all of that, the person in the Infinity still had the audacity to leave the scene. Justice will be served and karma will catch up to you guaranteed,” said Parcero on his Facebook post.