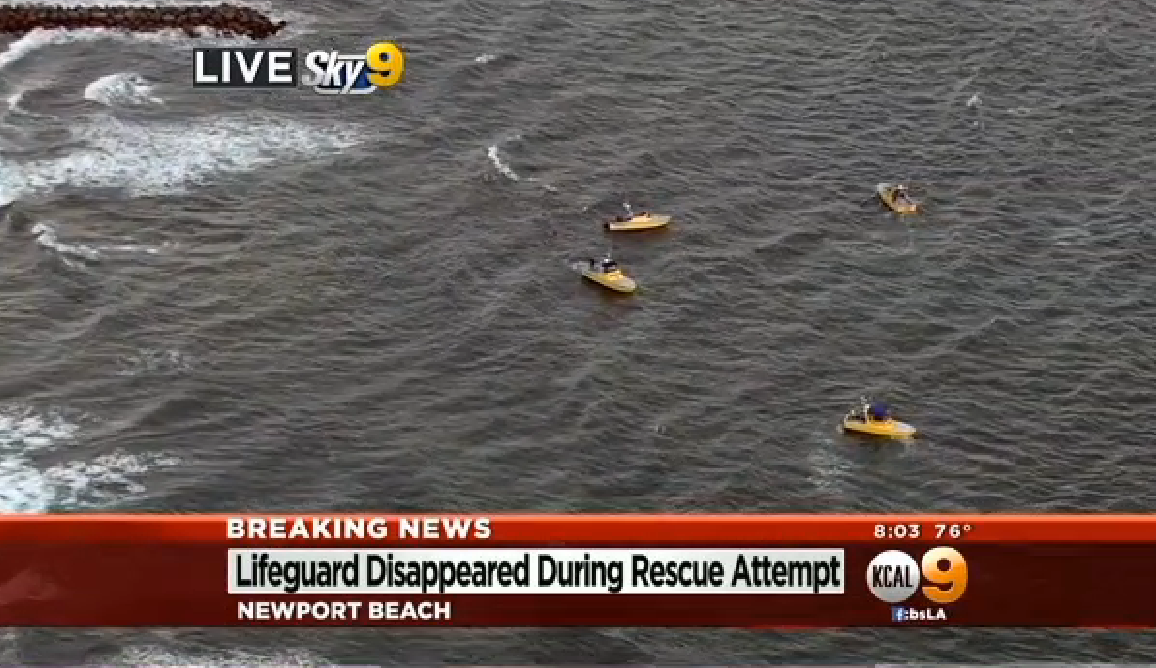 **UPDATE** @ 9:50 p.m. – Sadly it has been confirmed the lifeguard drowned while performing a rescue today. He is a hero and we send our most heart-felt condolences to his family and friends.

The drowning victim has been identified as Ben Carlson, a Newport Beach Lifeguard. He was hit by a 10 foot wave while making a rescue and never surfaced again. Hours later, his body was pulled from the water after an intensive search and rescue operation. During the press conference, Newport Beach Lifeguard officials described Ben as a physically fit lifeguard.

After a full search effort was launched this evening for a missing Newport Beach Lifeguard, it appears as though he has been located just minutes ago. However, the circumstances did not look good as KCAL9 News was flying overhead during their nightly broadcast.

Sources have reported that CPR was started right away and one can only hope that this lifeguard will be revived. The missing lifeguard was located during a grid search, where fellow lifeguards lock arms, dive down to the bottom of the ocean and search for the missing individual.

The story is continuing to develop and more details will be posted as they become available.