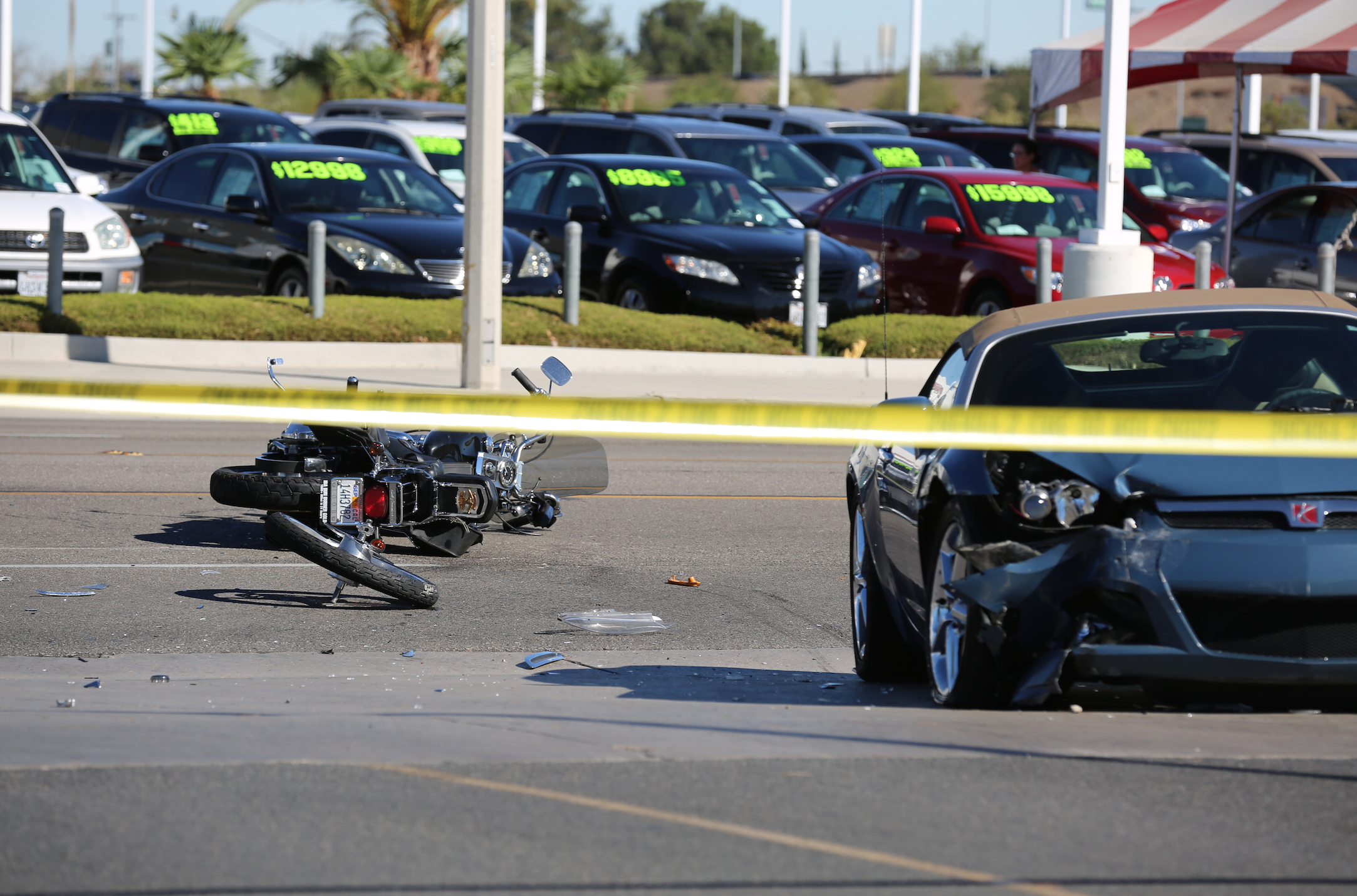 UPDATE @ 12:25 PM: Victor Valley News sadly has learned that the motorcyclist succumbed to his injuries. His identity will be released pending notification of next of kin.

VICTORVILLE:(VVNG.com)- A motorcyclist was critically injured after he collided with a vehicle on Valley Center Drive between Lorene Drive and La Paz Drive. The accident was reported at approximately 9:00 a.m., on Saturday.

The motorcycle rider was transported by ground ambulance to a local hospital with unknown injuries. An airship was requested to transport the injured male but, was cancelled a short time later.

According to Victor Valley News Group Member Melissa-Mike Capone, the motorcycle had just left the Harley Davidson dealer across the street from Costco and was traveling north-east down Valley Center Drive. The female driver of a Saturn was attempting to make a left turn into the Costco parking lot. That’s when the collision between the motorcycle and the vehicle occurred. Capone checked the motorcycle riders pulse and tried talking with him. The female driver who was visibly distraught was not injured in the collision.

A hard road closure is in place while the Major Accident Investigation Team processes the scene for evidence. At this time the exact cause of the accident is not available. More information will be updated as it becomes available.