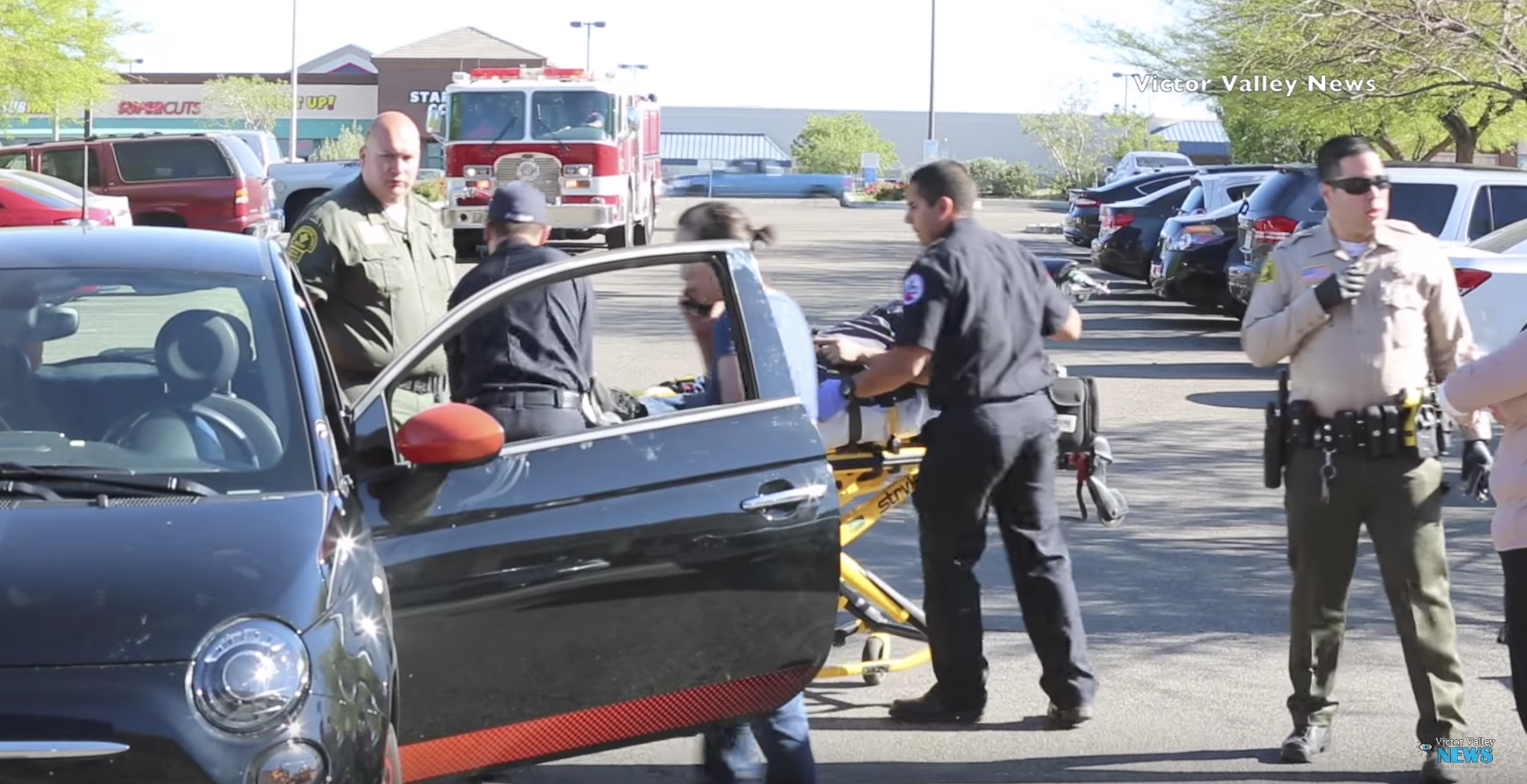 VICTORVILLE, Calif. (VVNG.com)  A man was shot outside of the Best Buy store Saturday and taken to a trauma center after an apparent road rage incident.

The incident occurred around 4:35 p.m. just outside the Best Buy store located on 12133 Mall Blvd.

A man who was assaulted outside the store was attempting to reach for his gun when he pulled the trigger and accidentally shot himself.

Smith confirmed that the subject that was wanted for questioning in the road rage incident and the alleged assault turned himself in.

Crime scene tape was placed outside the entrance of the store where the victim’s car was parked. A trail of blood can be seen on the ground outside the car.

The victim was bleeding from his mouth and leg.