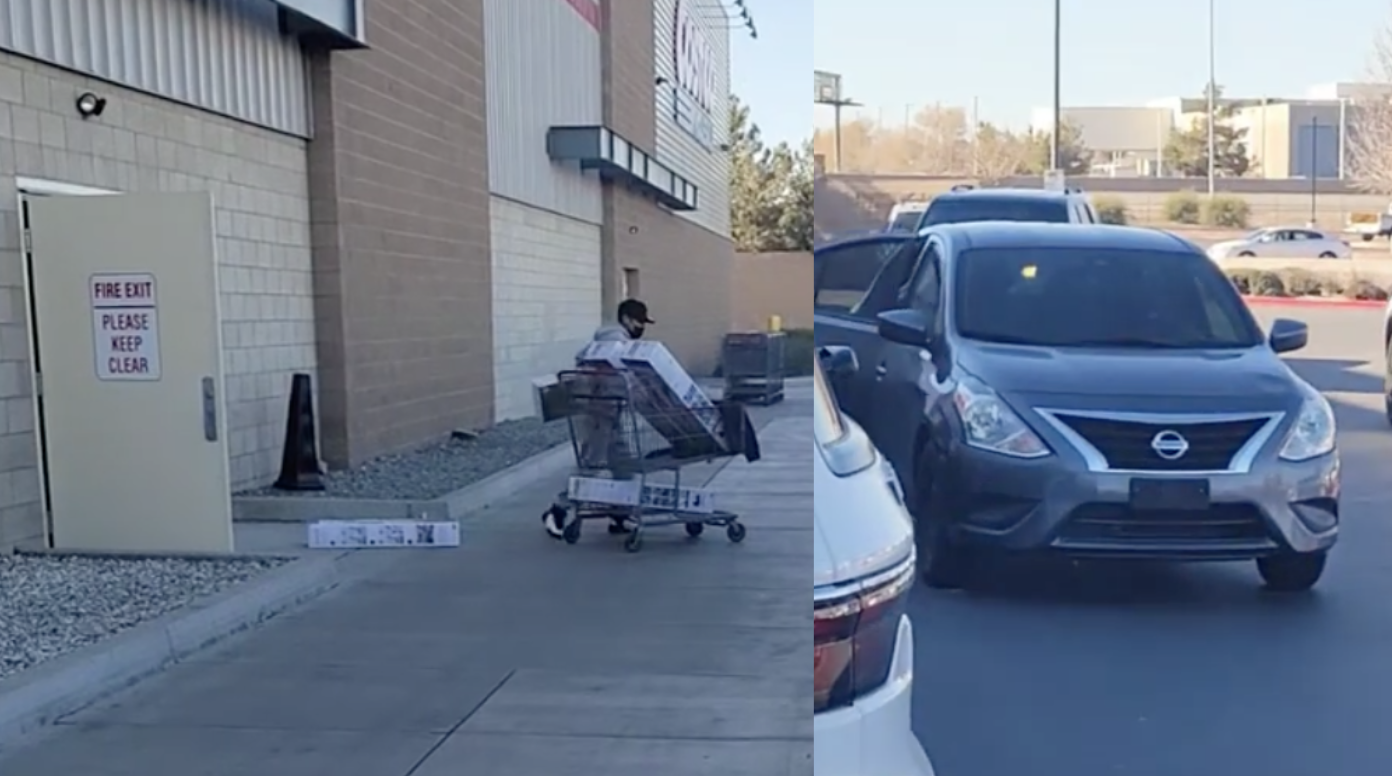 VICTORVILLE, Calif. (VVNG.com) — A man was captured on cellphone footage fleeing through a fire exit with vacuum cleaners that he robbed at gunpoint from a Victorville Costco.

A shopper pulled out her phone and began recording after hearing the sound of sirens and witnessing the suspect fleeing through a fire escape door with a cart full of high-end vacuum cleaners.

“We were putting groceries in our car and the guy came out a side door right in front of us. Loss prevention stayed behind the door because he knew the man had a gun. He told us the man pulled the gun out and pointed at him twice while he was attempting to leave the store. Loss prevention also said he yelled “gun” to inform other people and to leave the area,” the witness said.

As the suspect made his escape, he dropped several vacuums along the way, eventually loading what he had left into the awaiting getaway car.

“When the guy walked out the store before I started recording he had his right hand in his sweater pocket and only took his hand out when he decided to start loading. He paused for a bit like maybe he was gonna try and scare people away by taking out the gun but then realized he needed to hurry, and he ended up leaving 2 vacuums behind,” said the witness.

The suspect and his driver were wearing face masks.

“The suspect loaded vacuums in a cart and pulled a gun on an employee. He fled in a grey 4-door Nissan with a female driver,” Victorville Police Department’s Spokeswoman Tricia Blake confirmed.

“Deputies located the suspect’s vehicle and have the subjects detained. It is currently an open call they are working on, so that is all the information at this time,” stated the police Spokeswoman.