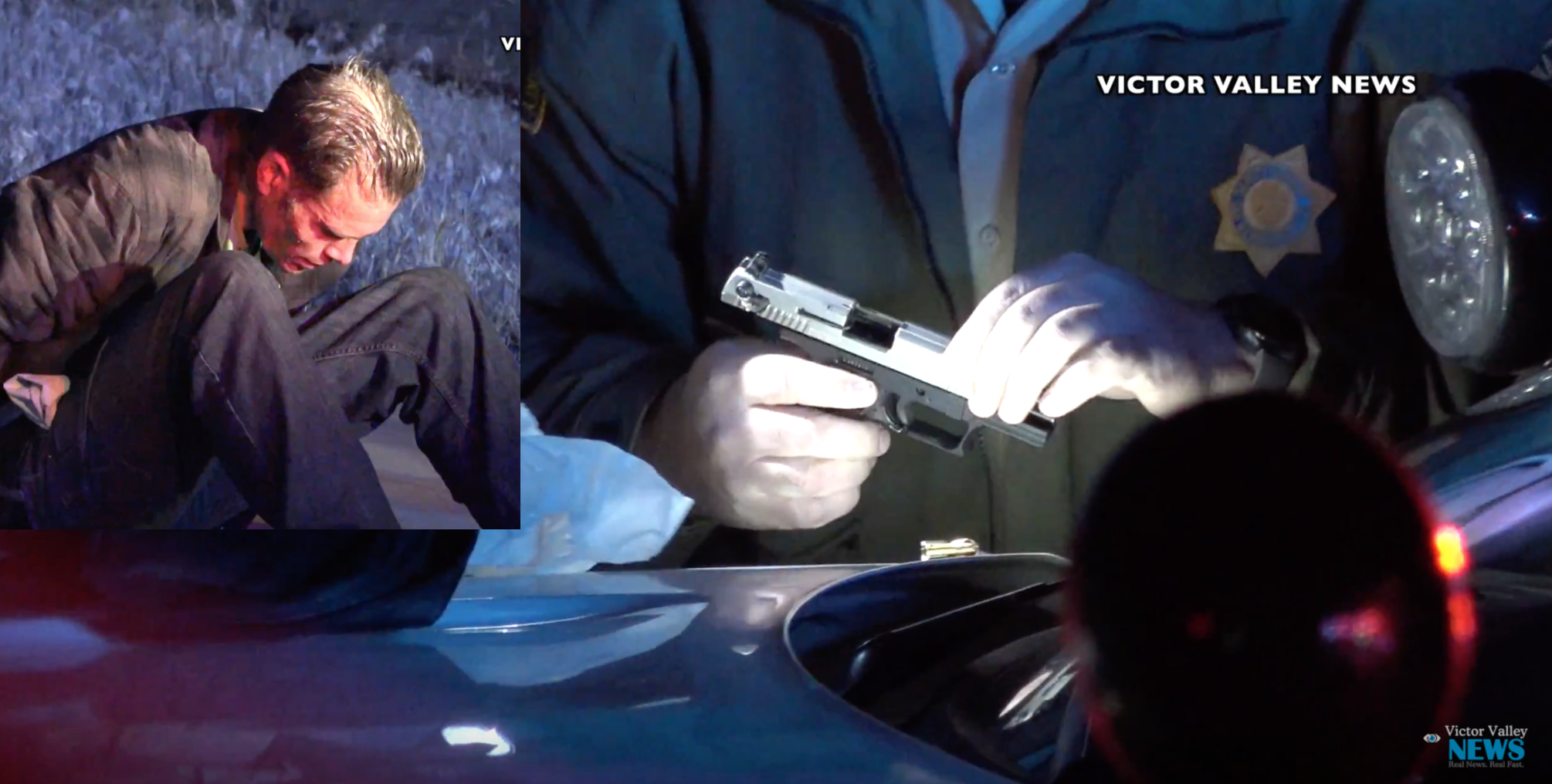 VICTORVILLE, Calif. (VVNG.com) A loaded gun and drug paraphernalia were found in a vehicle that was involved in a pursuit Thursday morning.

When the deputy made contact with the occupants of the vehicle the suspect started the car and drove off.

The driver was later identified as Andrew Steven Adkins, 35 of Victorville.

“A pursuit intervention maneuver (PIT) was used near the intersection of Denham Lane and Pismo Lane, ending the pursuit,” Sheriff’s officials said in a statement.

Adkins was arrested and booked at High Desert Detention Center for evading a peace officer, assault with a deadly weapon, and being a felon in possession of a firearm. The passenger in the vehicle was cited for possession of drug paraphernalia and released at the scene.

Anyone with information about this investigation is asked to contact the Victorville Police Department at (760) 241-2911.