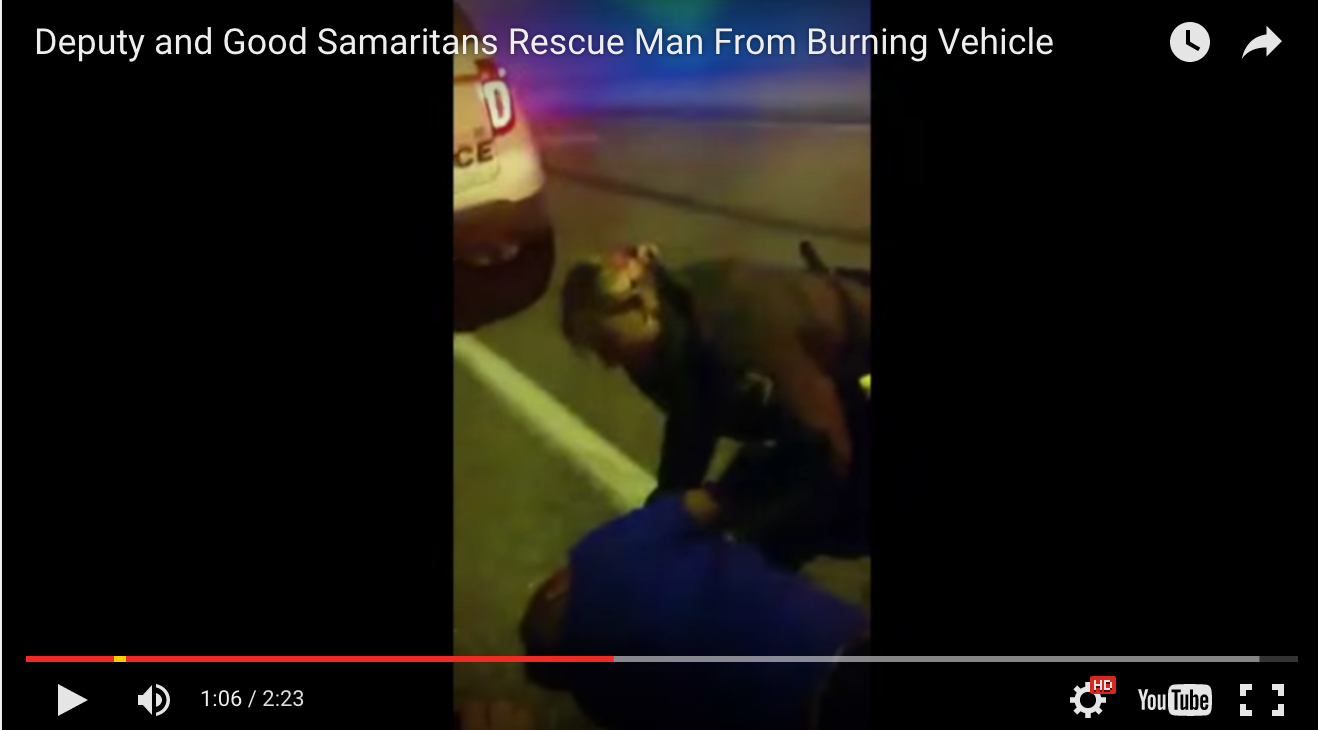 VICTORVILLE-(VVNG.com): Victor Valley News had the opportunity to interview the second person that helped save an unconscious man from a burning vehicle after a traffic collision on Hook Boulevard and El Evado Road early Friday morning.
Victorville resident, Daniel Reyes was the second on scene and said he was never scared of being injured during the rescue, once he knew there was a man in the car his only concern was to get him out of the burning vehicle.

Reyes told Victor Valley News that there was a third person, a man, whose heroic efforts also paid off in getting the man safely out of the vehicle. He said that the  injured man was a young man, about 25 or 26 years of age and during the time he was at the scene, the man did not regain consciousness.

Reyes said that himself and the other man attempted to pull the unconscious man from the burning vehicle, but since he was stuck under the dash area of the vehicle they were unable to until Deputy Asiah Medawar came to assist them.

He said the work of himself, the second unidentified man and Deputy Medawar together helped to save the man’s life. He believes that he was at the right place at the right time, being that he was in the company van and his employer had just purchased a fire extinguisher to keep inside of the van.