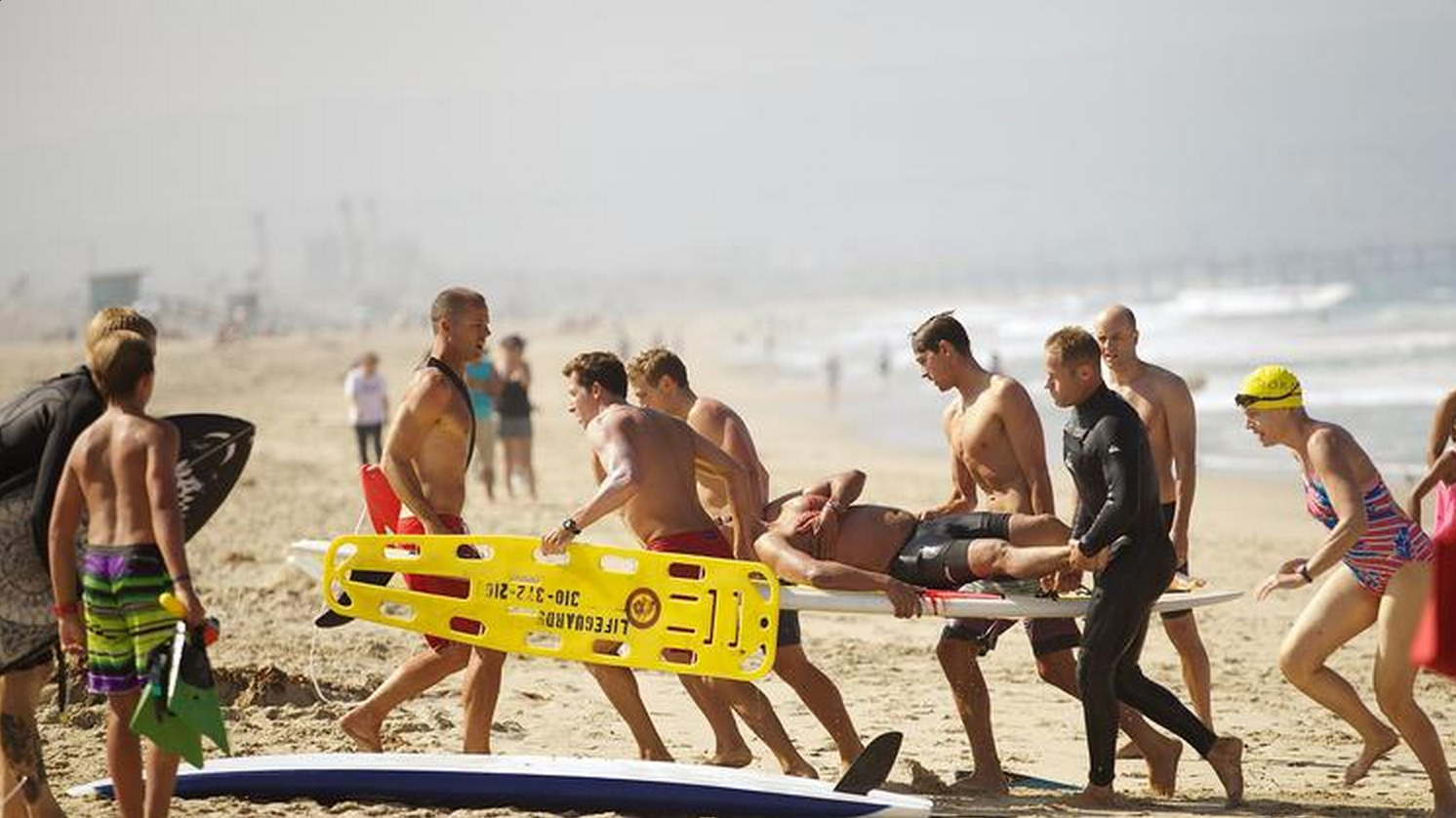 MANHATTAN BEACH:(VVNG.com)- A man described as being 35-40 years old suffered a single shark bite to his rib cage at about 9:30 a.m. on Saturday by a juvenile great white shark. The man, who was with a group of long-distance swimmers when he swam into the fishing line.

The man was taken to a hospital, conscious and breathing on his own, Rick Flores, a Los Angeles County Fire Department spokesman, told the Associated Press. A fisherman on the pier had hooked the shark and spent over 30 minutes trying to reel it in before it became into contact with the swimmer. It is legal to fish several shark species in California, according to the California Department of Fish and Wildlife.

The shark remained in the area for the next 20 minutes and then disappeared into the murky water, Flores said. The beaches remained open, but a mile-long stretch was temporarily off-limits to swimmers. Police also prohibited fishing from the pier until Tuesday as a precaution.