VICTORVILLE-(VVNG.com): Firefighters from the San Bernardino County Fire Department responded to the report of a vegetation fire at the Mojave river bottom on Monday afternoon.

At around 2:18 p.m. dispatchers received the report of the fire on the near Stoddard Wells Road to the west of the 15 freeway.

Firefighters arrived just minutes later to a 100’ x 100” fire which they had difficulties accessing due to the location. Crews to respond included a hand crew, three Type 3 Engines, and two water tenders, fire officials said.

When firefighter made access, they determined that the approximate ¼ acre fire was wind-driven. The fire was contained just before 3:00 p.m.

Fire crews remain on scene Monday afternoon and early evening to continue with mop up. There were no injuries reported as a result of the fire. The cause of the fire remains under investigation as of Monday evening. 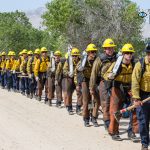 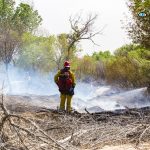 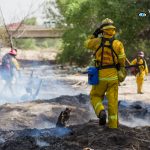 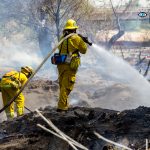