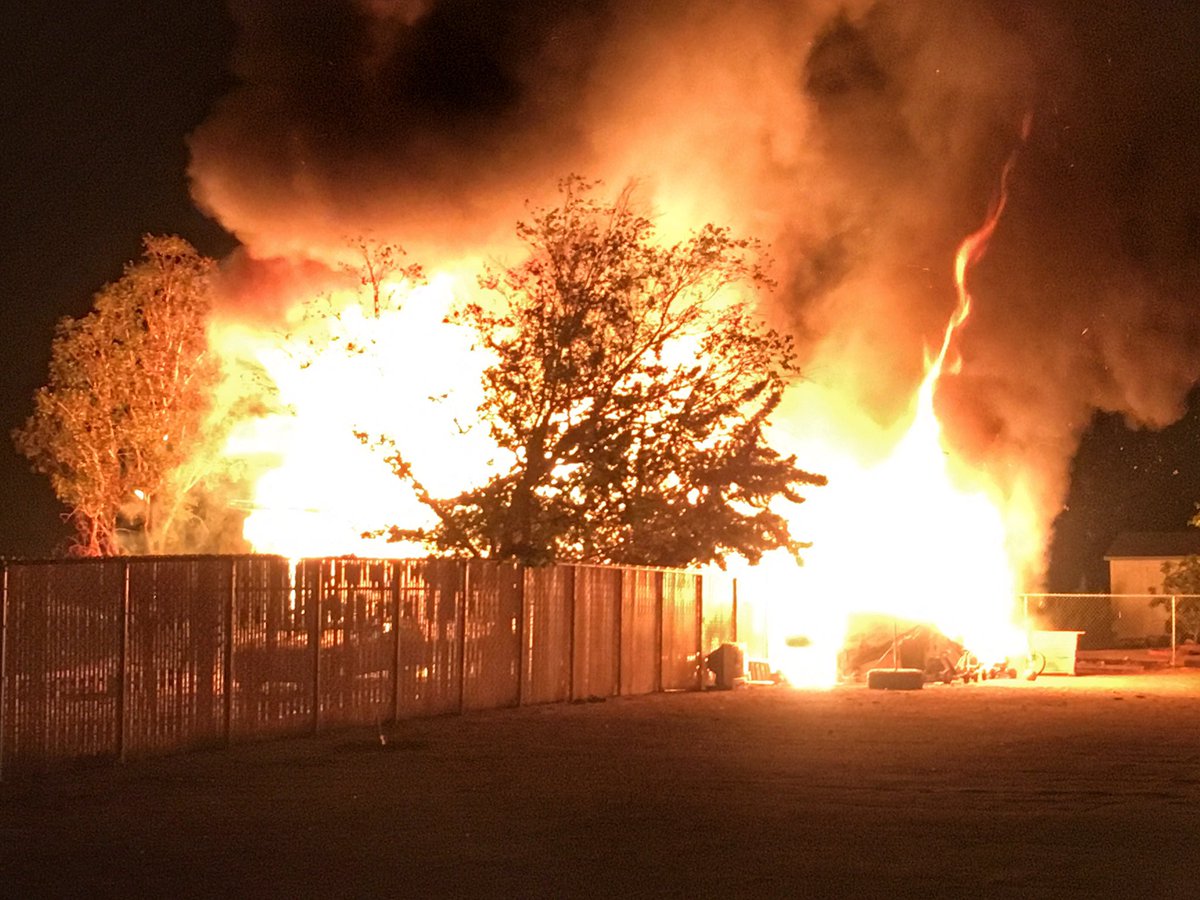 HESPERIA:(VVNG.com)- On Sunday, June 26th, just after 12am. Country Firefighters responded to a structure fire on the 9400 block of Cottonwood Avenue in Hesperia.

Medic Engine 302 arrived on scene 10 minutes after dispatch and reported a well involved detached garage with exposures to surrounding vegetation as well as a nearby motorhome.

First arriving crews went into the attack mode and deployed a hoseline in an effort to minimize fire spread to the exposures. Subsequent arriving crews deployed additional hoselines and secured a fire hydrant as a water supply located approximating 800 ft from the incident.

The fire was knocked down in approximately 20 minutes. The nearby motorhome did sustain damage and fire spread to the surrounding vegetation was minimal.

There were no injuries to civilians or firefighters and the cause of the fire is currently under investigation by the office of the fire marshal. County Fire responded with 3 paramedic engines, 1 paramedic truck , 1 battalion chief and 1 fire investigator for a total of 14 personnel.