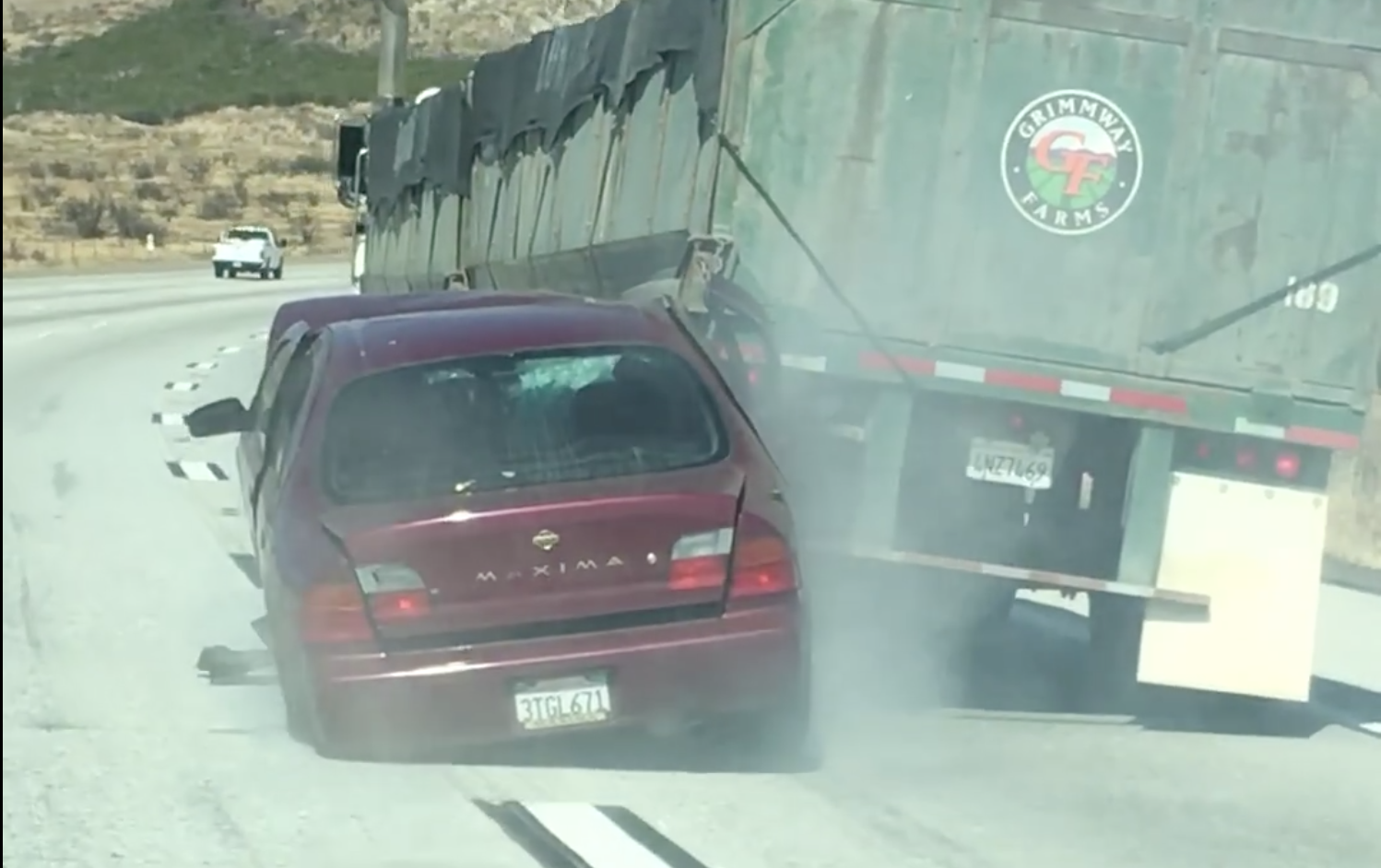 CAJON PASS, Calif. (VVNG.com) A man traveling on the I-15 freeway captured an intense moment when he witnessed a big rig dragging a car Wednesday afternoon.

Brian Steimke was traveling on the northbound 15 freeway ascending up the Cajon pass when he saw a burgundy 1996 Nissan Maxima partially stuck under the rig.

In the video, you can see the airbags were deployed and a man waving out the driver side window attempting to grab the attention of the truck driver.

“Stop, he’s not stopping,” the driver of the Nissan shouted to Steimke while pointing to the driver.

Another vehicle appears to have stopped the big rig by getting in front of the truck.

“Why were you driving so far?” Steimke asked the truck driver.

The driver responded and asked, “so far?” Allegedly not realizing he was dragging the car for several miles.

Once stopped, the driver of the Nissan was able to exit the vehicle, which had major damage to the front passenger side.

It appears several concerned Good Samaritans approached the driver and checked on his well-being.