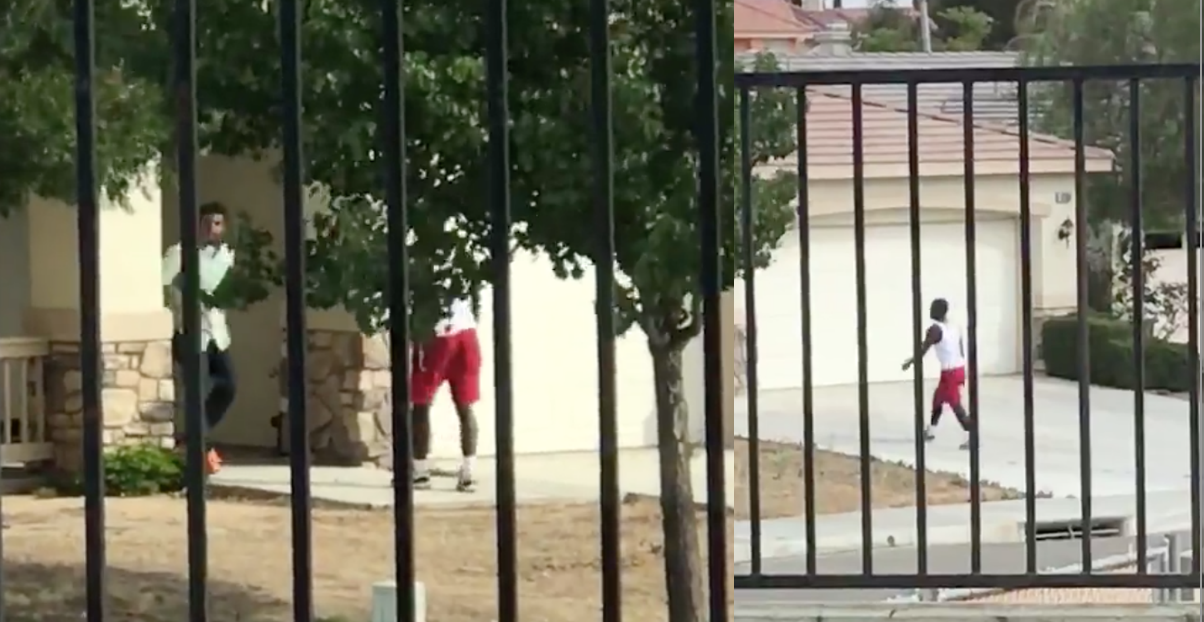 VICTORVILLE, Calif. (VVNG.com) Two brazen would-be home burglary suspects kicked the front door of a home and it was all caught on cell phone video.

The attempted break-in occurred on Tuesday, May 9, 2017, in the 13600 block of High Crest Road in the community of Spring Valley Ridge.

At about 4:30 p.m. dispatch received a call from a reporting party stating two males were attempting to break into the residence.

Cell phone video captured by a vigilant neighbor showed two Black males lurking around the residence. Moments later the suspects ran towards the front door and simultaneously kicked it open in broad daylight.

According to a neighbor who asked to remain anonymous, the homeowner was home at the time of the attempted break-in.

Thinking the suspects had left, the woman walked to her backyard to check on her dog and to call 911. 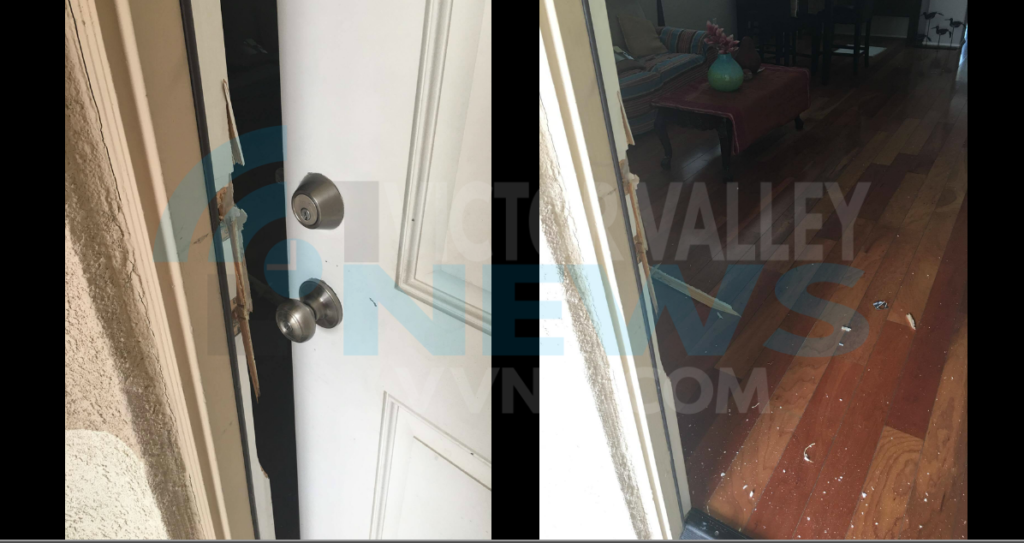 “As she walked back into the house they kicked in the door. She shouted and the suspects turned around and ran out of the house.”

“The vehicle used during the robbery is a green or teal colored Ford Focus wagon, with California license plate number 5CIL234. The vehicle has a dent in the back, under the license plate,” Sheriff’s officials said in a press release.

Anyone with information about this investigation is asked to contact Deputy D. Rigsby, at the Victorville Police Department at (760) 241-2911. Callers wishing to remain anonymous are urged to call the We-Tip Hotline at 1-800-78CRIME (27463), or you may leave information on the We-Tip website at www.wetip.com. 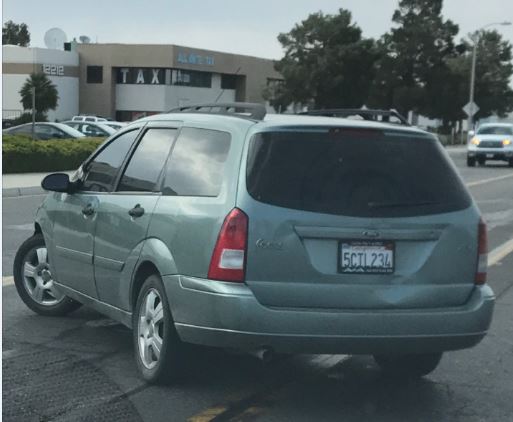