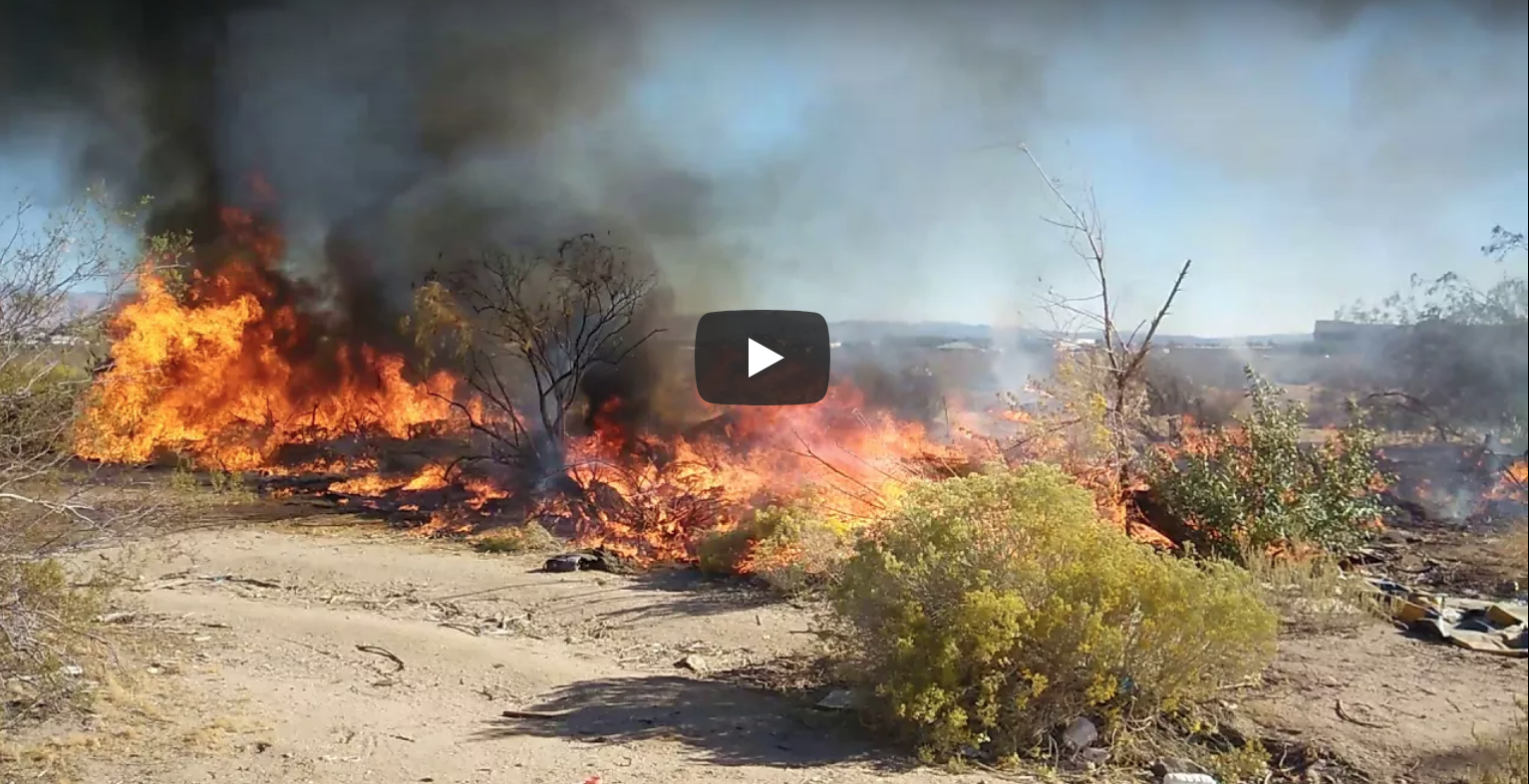 VICTORVILLE, Calif. (VVNG.com) A brush fire that erupted behind Scandia on Mariposa Road in Victorville was quickly doused Thursday afternoon.

At around 3:17 p.m., San Bernardino County Firefighters responded to the 15200 block of Pahute Street for reports of a fire near a homeless camp.

Scanner traffic reported that one person was detained for being uncooperative at the scene with a fire investigator. San Bernardino County Fire PIO Eric Sherwin later confirmed that incident was unrelated to the fire.

The fire was contained within 15 minutes and held to approximately one acre. One civilian was treated for smoke inhalation, Sherwin said.

According to Sherwin, the cause of the fire was determined to be accidental.