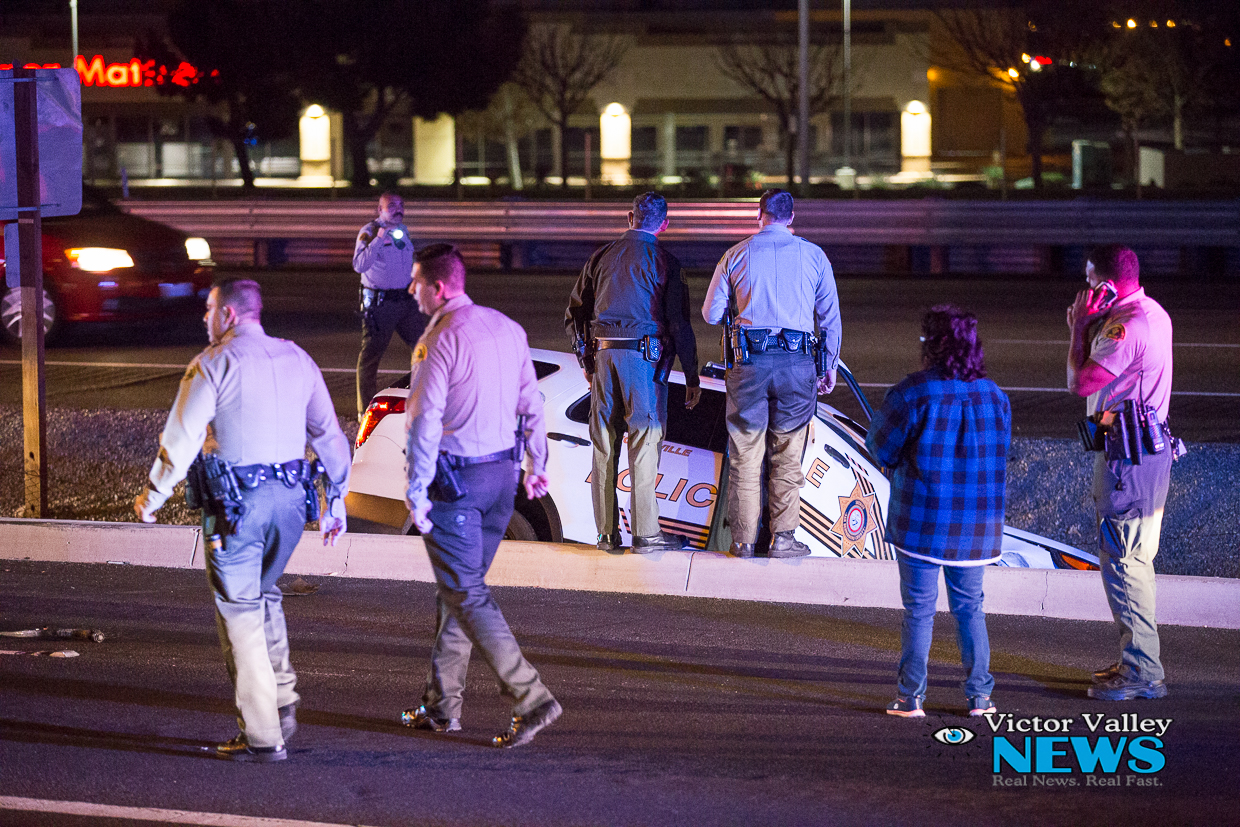 The incident occurred just before 8:00 p.m. on Amargosa Road in front of the Olive Garden Restaurant just north of Bear Valley Road.

According to a witness on scene, the Victorville Sheriff’s deputy patrol unit was transporting a suspect in the patrol car traveling southbound when the collision occurred.

A Honda Civic traveling northbound on Amargosa Road was stopped at a signal light waiting to turn left into the Mall Of The Victor Valley parking lot.

A Nissan Altima was exiting the mall parking lot attempting to turn right onto Amargosa Road when it was impacted by the southbound deputy, causing the Altima to collide into the Honda.

The impact sent the Sheriff’s unit over the side of the road, through the fence and partially down an embankment along the southbound I-15 freeway.

The Altima had major front end damage while the Honda had minor damage.

No serious injuries were sustained by any of the involved parties, according to Deputy Adam Hylin. Traffic is closed going north and south on Amargosa Road near the immediate area while authorities investigate the collision.

It’s unclear how the accident occurred at this time. More information will be updated as it becomes available.