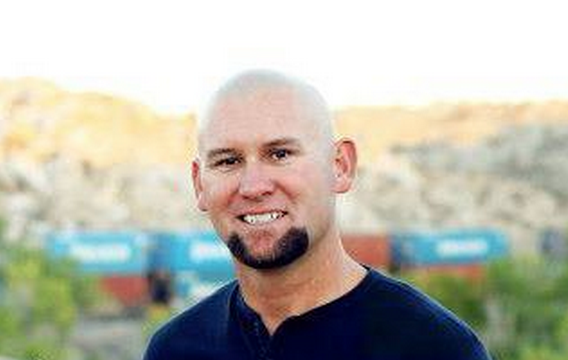 HELENDALE:(VVNG.com)- BNSF Railway is offering a $100,000 reward for information leading to the arrest and conviction of the suspect or suspects responsible for the murder of 38-year-old Robert Limon a resident of Helendale.

The body of the Burlington Northern Santa Fe Railway worker was discovered with obvious signs of trauma to his upper body in a BNSF industrial building located at 1528 Goodrick Drive in Tehachapi on August 17th, 2014 at 6:46 p.m.

Limon was a valued BNSF employee of 13-years. According to a news release, he was last seen by co-workers at about 5:00 p.m., on Sunday as he left the field to return to the shop. Evidence found at the crime scene indicates Limon was assaulted by a suspect or suspects inside the shop shortly after arriving.

The Kern County Sheriff’s Office is continuing the investigation into the murder. At this time no suspect information has been released and no clear motive to the senseless crime has been announced.

Those who knew the well loved family explained that “Rob” and his wife Sabrina had been married for 14-years and August 19th marked the couple’s wedding anniversary. Instead of celebrating together, Sabrina Limon is planning a funeral for her late husband. The couple has two beautiful children who will sadly grow up without their father.

Victor Valley News Group member Lauren Stevens, shared the following, “Rob was the best man I have ever had the honor of knowing. My heart is broken for my beautiful friend and their children. This is just senseless! He made an impact on every single person he met. Him and Sabrina were what every couple should strive to be, they were so in love with each other, their beautiful kids and life. My heart is broken for my friend. We love u Rob.”

If anyone has information on this case or the video surveillance released they are asked to call Secret Witness at 661-322-4040. Anonymous text tips can be sent to TIP411 (847411). Just type the keyword “KCSO” prior to the message. Copies of the video surveillance can be picked up in the lobby of Building A at Sheriff’s Office Headquarters, 1350 Norris Rd., in Bakersfield. For further information please call Public Information Officer Ray Pruitt at 661-303-4592.