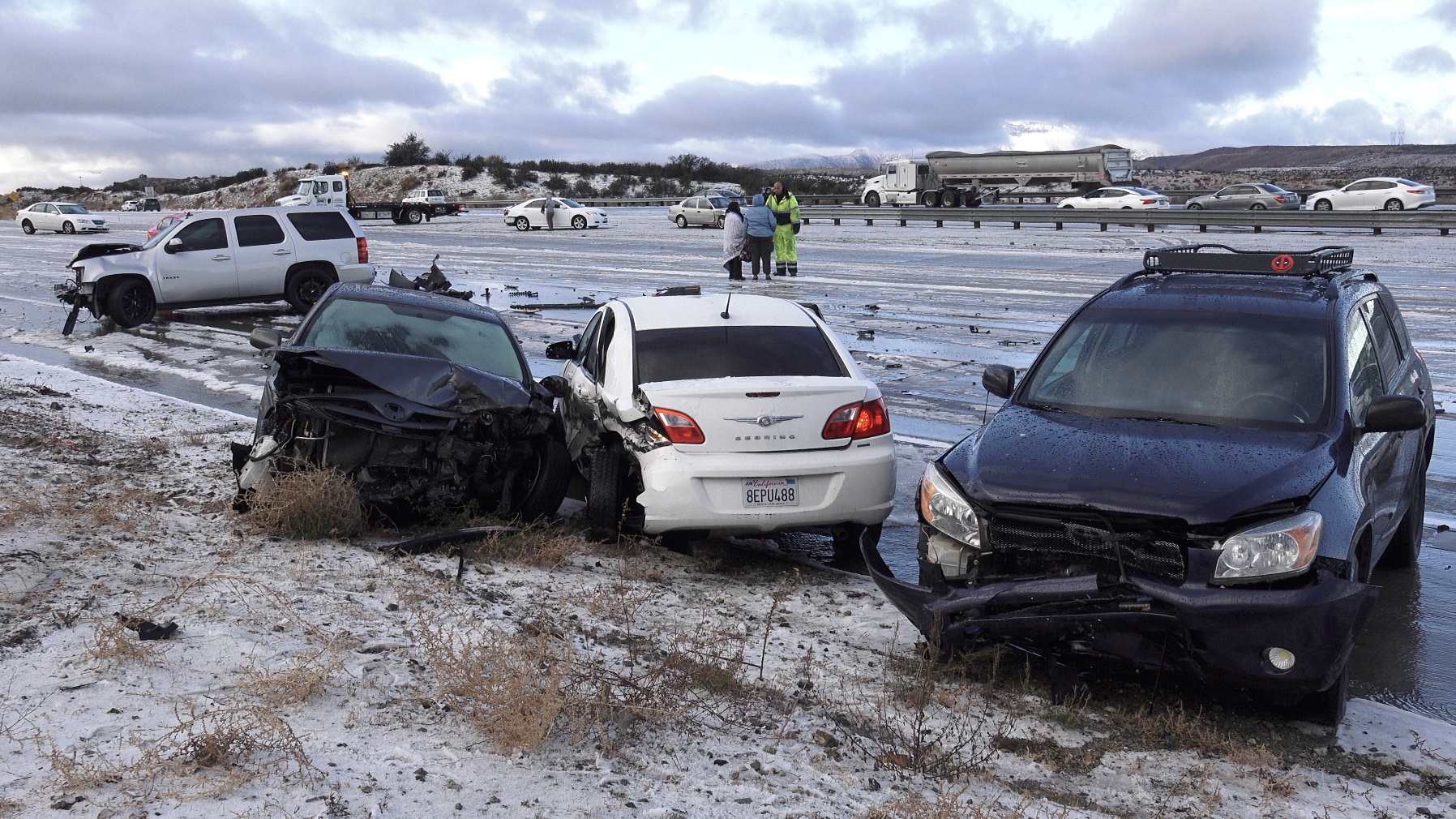 HESPERIA, Calif. (VVNG.com) — Icy conditions are likely to blame for a pileup crash involving dozens of vehicles that closed the I-15 Freeway in Hesperia Tuesday morning.

Although the exact number of vehicles involved has not been confirmed, witnesses say more than 30 vehicles were part of the Christmas Day crash.

In cell phone footage obtained by Victor Valley News, you can hear a man yelling for people to get out of the road then followed by sounds of clunking metal as cars continued to pile-up.

“As soon as I hit the top of the hill, it was ice, black ice. I crashed and everyone else around me was crashing too,” stated Brian Bolik. “A car behind us went over the embankment and rolled.”

Bolik said he and another off-duty EMT jumped into action when he heard a woman screaming from one of the wrecked vehicles.

“I knew I needed to pull her out of the situation because the cars were just coming and coming, and then diesel trucks were also coming fast and she couldn’t get out,” stated .

“She had a broken leg. At the time I didn’t think about getting hit by other cars, I just wanted to help the lady to safety,” Bolik said.

According to the California Highway Patrol incident logs, 10 people were transported to various hospitals.

The freeway was completely shut down for several hours and finally reopened close to 10 am.