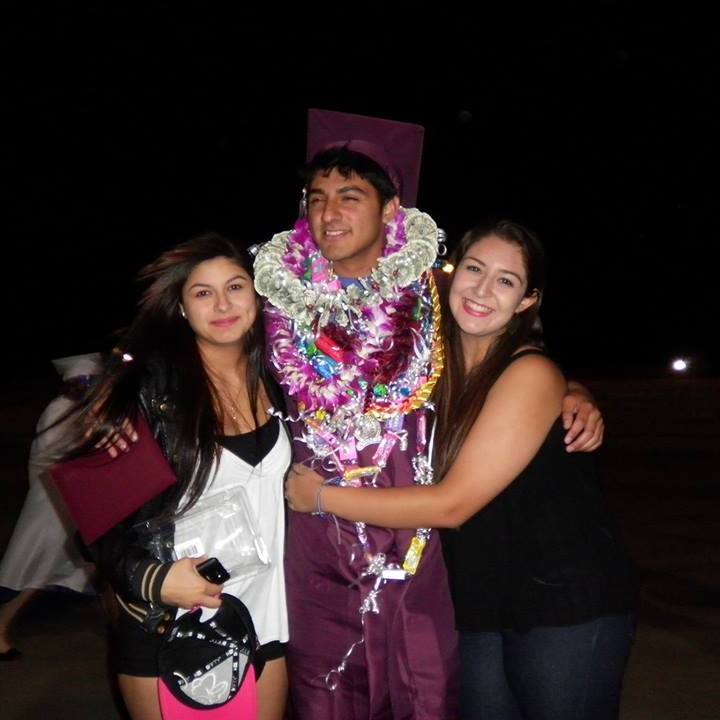 APPLE VALLEY: (VVNG.com)- Mother of two and paraplegic, Amy Padilla was overjoyed when her second child graduated from Granite Hills High School on Wednesday, May 28th.  42-year-old Amy has struggled for many years after getting shot at 16 years of age, in a drive by shooting which caused her to become paralyzed from the waist down.

Amy has two children, Emily, age 19 and Ricky, age 18. Amy became a single mother when the children’s father left when they were only two and three years old. “I struggled everyday but I managed to push and push, always reminding my kids that school was the number one priority in their lives. I’m pretty sure they struggle with me too because I couldn’t do certain things with them” said Amy.

Relocating from the South Central Los Angeles area, Amy and her children have been in the Apple Valley area for 7 years. “I moved up here for my kids, so they can have a better future”,explained Amy. It was a risky move since most of her family was living in Los Angeles and her children would then be her only support. “One time my wheelchair broke and I was stuck in bed for a week during Thanksgiving” laughed Amy. She showed a deep concern about the lack of places in the Victor Valley area for rehabilitative services and equipment for the handicap. She noticed the lack of medical supply stores when having to replace her wheelchair. “The wheelchair that broke was custom-made to fit me, now I’m in one of those heavy old chairs.  I don’t mind because if it wasn’t for that raggedy chair I wouldn’t have been able to attend my son’s graduation.” she added.

Next time you think about your own struggles, think about Amy, the woman that raised her children alone from a wheelchair. From the time of their birth,her whole life was dedicated to her children. Now a huge victory, the first major victory in the life of the second child, who was raised by a woman who had so many of the odds against her. “I have always dedicated my life to my kids future, now that they’re starting to do their own thing it is bittersweet” said Amy.