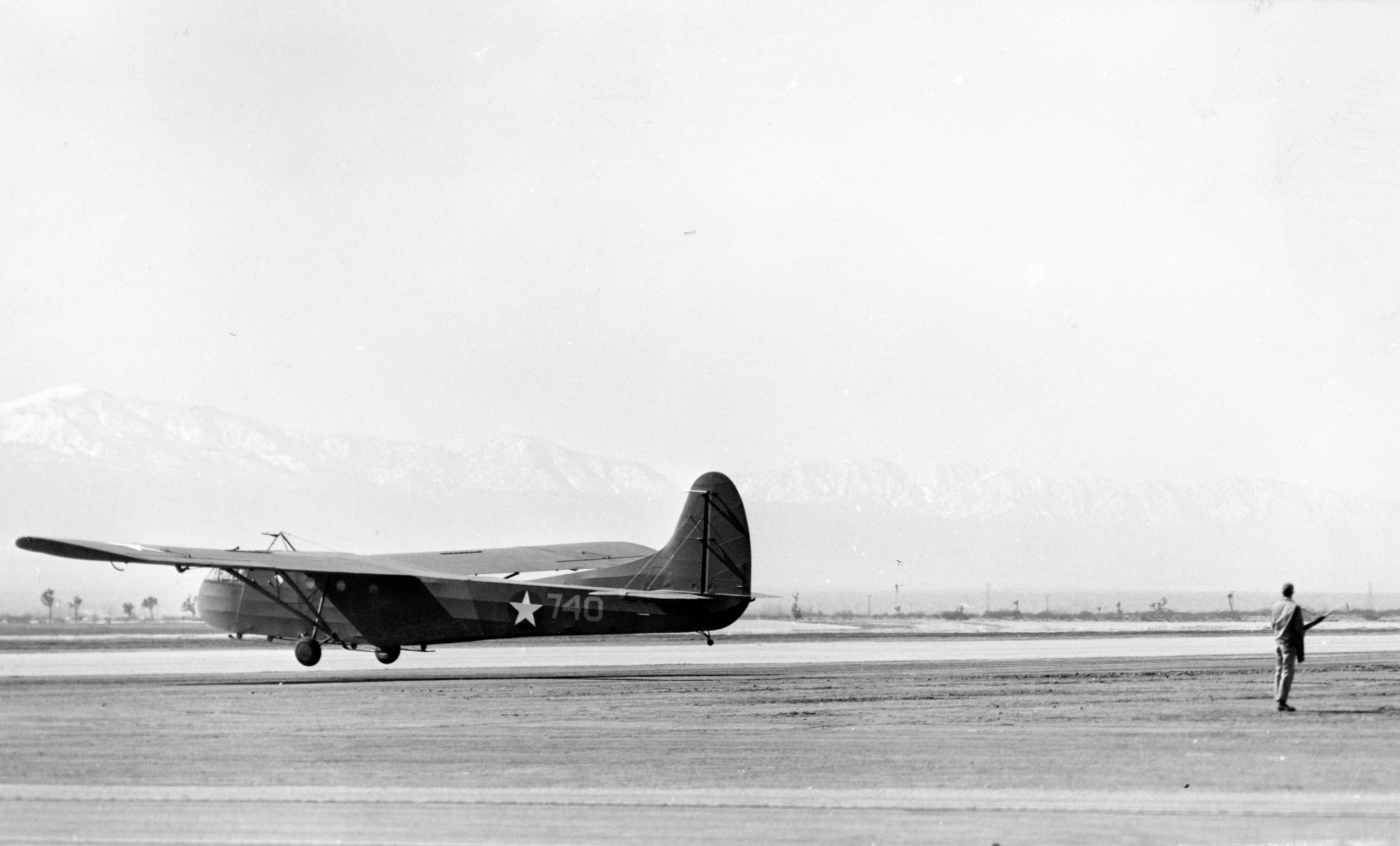 VICTORVILLE, Calif. (VVNG.com) — On June 6, the world will celebrate the 75th anniversary of the D-Day Allied invasion of Normandy, France. But did you know about the role Victorville played in D-Day?

Pilot and bombardier training began in February 1942. Graduating pilots flew a variety of aircraft, including bombers and C-47 Skytrain transports, the primary aircraft that carried airborne paratroopers into battle.

Victorville Army Air Field also trained Waco CG-4 glider pilots. To ease the overcrowded runways at Victorville, glider students practiced take-offs and landings at the El Mirage Lakebed and El Mirage Field. Pilots of both gliders and C-47s were essential to the invasion of Normandy.

Around 13,100 American paratroopers of the 82nd and 101st Airborne made night parachute drops early on D-Day, followed by 3,937 glider troops.

The Victorville Army Air Field later became George Air Force Base, and El Mirage Field is now home to General Atomics, producer of the Predator and other unmanned aerial vehicles.