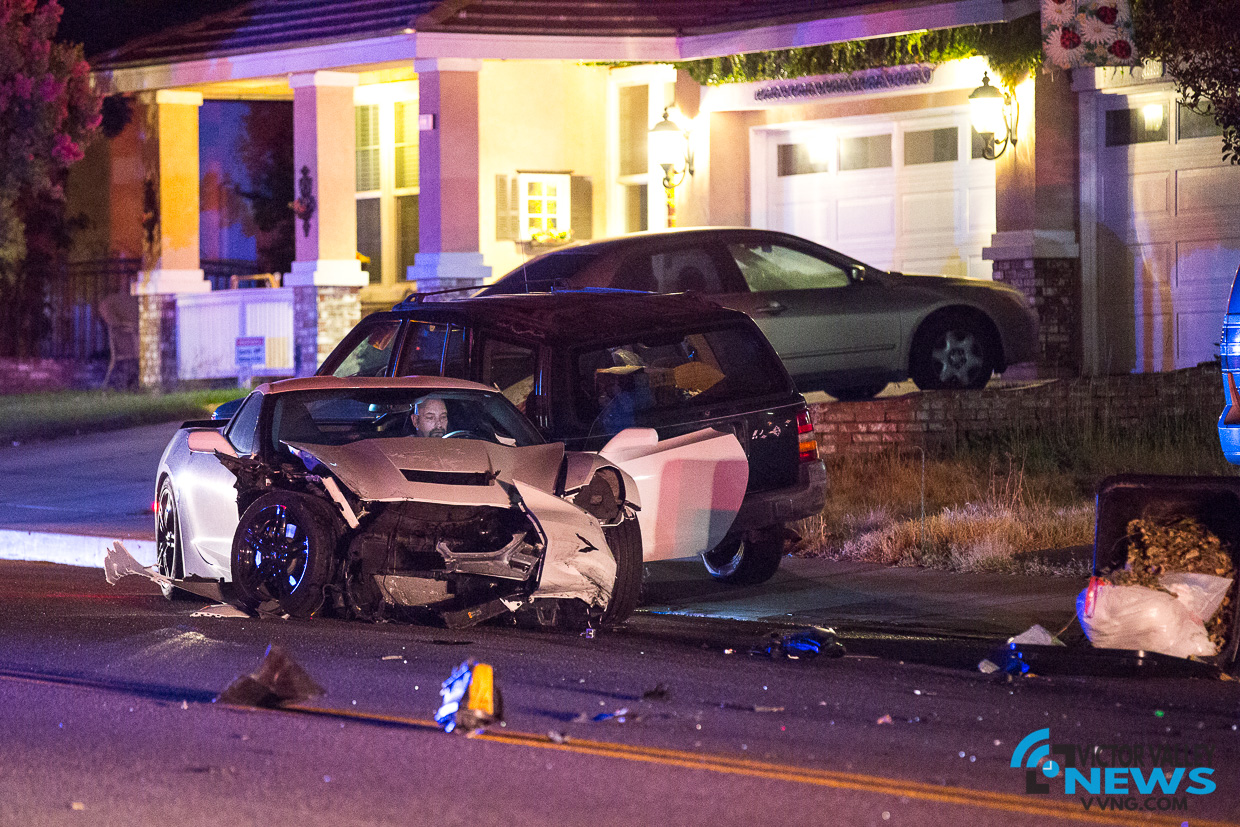 VICTORVILLE, Calif. (VVNG.com) —  A 23-year-old woman was transported to a hospital after her vehicle struck at high-rate-of-speed by a white Corvette.

The male driver of the white Corvette was traveling south on Mesa Linda Street when he smashed into the woman’s sedan.

“My daughter was coming back from McDonald’s and was making a right turn to enter our driveway when he smashed into her car. He struck her so hard that it sent her car up our neighbor’s driveway and into his Mercedes,” said the mother of the female who was injured.

The White Corvette then struck a Jeep Grand Cherokee that was parked in the street also belonging to the neighbor.

“This is why my daughter doesn’t let her kids play outside, people drive on this street really fast. Now I have a damaged Mercedes,  Jeep, and my garage even got damaged. My Jeep was parked in front of my house, and now its three houses down,” the neighbor told Victor Valley News.

Deputies conducted a field sobriety test on the driver of the Corvette. However, deputies said that drugs and or alcohol were not suspected to be a contributing factor in the crash.