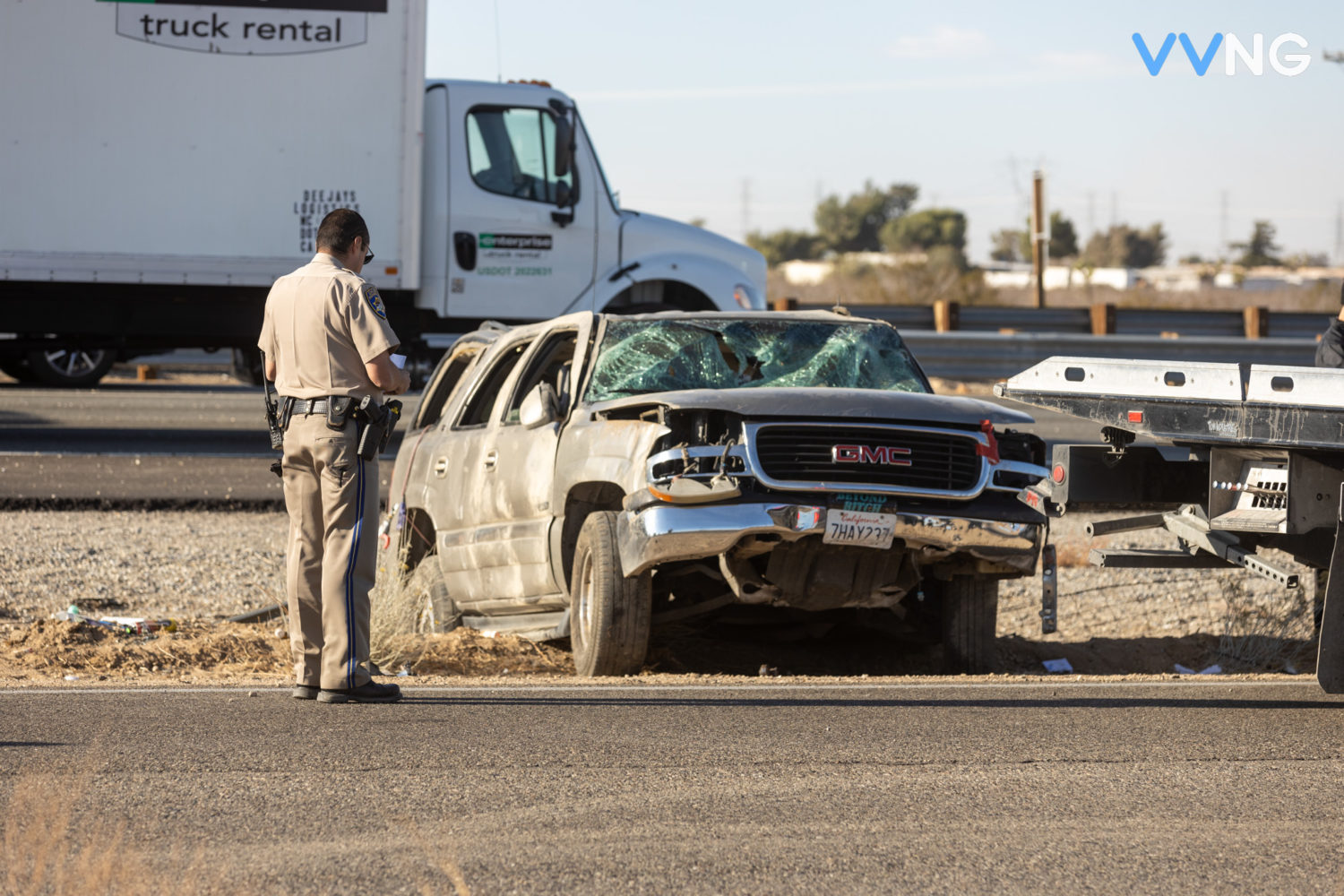 HESPERIA, Calif. (VVNG.com) — A 61-year-old Victorville woman died after being ejected from her SUV on the I-15 freeway Tuesday afternoon.

According to a California Highway Patrol news release, when officers arrived on scene they located the driver of the GMC on the right shoulder of the freeway suffering from life-threatening injuries. CHP officials said the woman was not wearing a seatbelt and was ejected.

“Despite life saving measures by CHP officers, the driver succumbed to her injuries and was pronounced deceased on scene,” stated the release. The right-front passenger, a 47-year-old male from Victorville, received minor injuries.

CHP officials said the SUV was northbound at unknown speeds when for unknown reasons the driver allowed her vehicle to travel from the right traffic lane, onto the dirt shoulder, where she lost control. As the Yukon re-entered traffic lanes it overturned multiple times before coming to rest on the dirt shoulder of Mariposa Road.

Authorities confirmed drugs and or alcohol were not a contributing factor in the crash. The investigation is ongoing by the Victorville CHP station and anyone with additional details is asked to call the office at 760-241-1186.