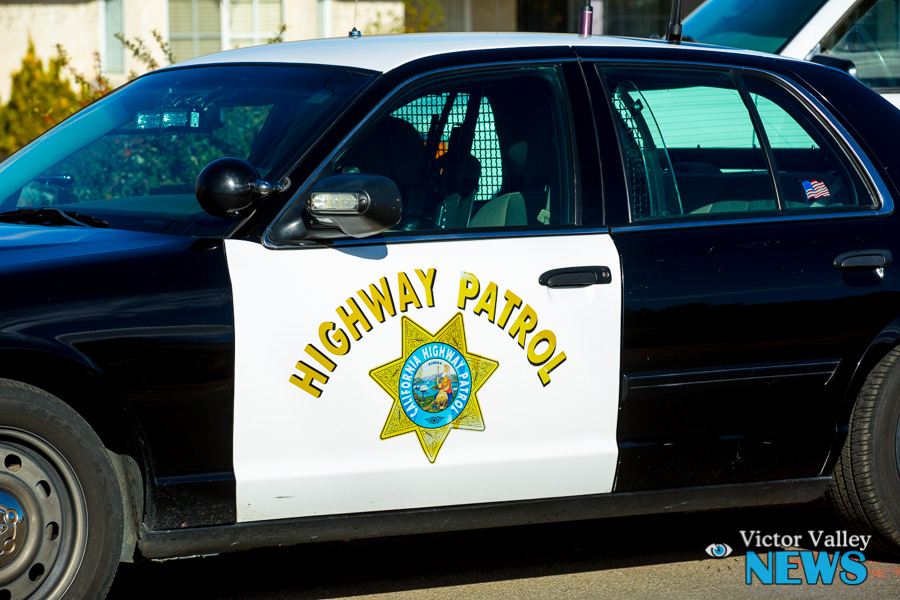 HESPERIA, Calif.(VVNG.com)– A Sergeant with the California Highway Patrol is recovering after being hit by a Victorville woman’s car.

A vehicle struck a CHP cruiser that had a Sergeant inside it who had stopped to help a driver on Interstate 15 Thursday, the California Highway Patrol’s Office said.

The accident was reported about 7:00 a.m. on the northbound I-15 just south of Ranchero Road.

The Sergeant was in the center divider providing traffic control and waiting for a tow truck to arrive to remove a vehicle from the center median due to a prior traffic collision, stated the release.

A northbound black Maza 6, driven by an 18-year-old female, was traveling too fast for the wet roadway conditions and lost control as she approached the sergeant’s patrol vehicle.

As the Mazda spun out of control, it struck the back-end of the patrol vehicle before making a full stop in the center divider. The 18-year-old female driver of the Mazda 6 was not injured in the collision.

The Sergeant was transported to St. Mary’s Medical Center, to get checked out for a complaint of pain to his back.

The no.1 and no. 2 lanes were closed for over an hour to allow clean-up of the collision scene.

Officer M. Fernandez, of the CHP, Victorville Office, is conducting the investigation.

[box type=”note” align=”aligncenter” class=”” width=””]As our roadways become saturated from this current storm, the Victorville CHP office would like to remind motorists to slow down, provide a safety cushion between you and the vehicles around you, and use caution. Our CHP officers are out in force and doing our best to keep your roadways safe.[/box]