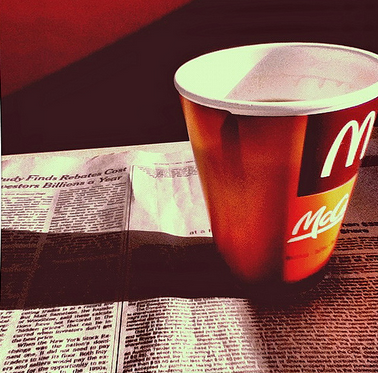 (VVNG.com)- A 38-year-old Selena Edwards from Victorville was charged with 21 felony counts of insurance and workers compensation fraud. Edwards was charged last month due to a claim that she made in January 2013, stating that her hand was scalded by a cup of McDonald’s coffee with a loose lid that she had purchased. Edwards claimed that the coffee purchased had caused second-degree burns to her right hand.

The woman carried out her intricate yet poorly thought out  insurance scheme by submitting falsified treatment records from a local hospital and burn photos that were taken from a hospital website. The claim paid out by McDonald’s insurance was approximately $2000. “By copying legitimate burn photos from the internet, Edwards attempted to make a profit from another person’s pain and suffering and for this she will be prosecuted to the full extent of the law,” said Insurance Commissioner Dave Jones.

Edwards surrendered on October 29th and was released on her own recognizance after making a not guilty plea to all 21 felony charges. She is due back in court on December 18th for her preliminary hearing.