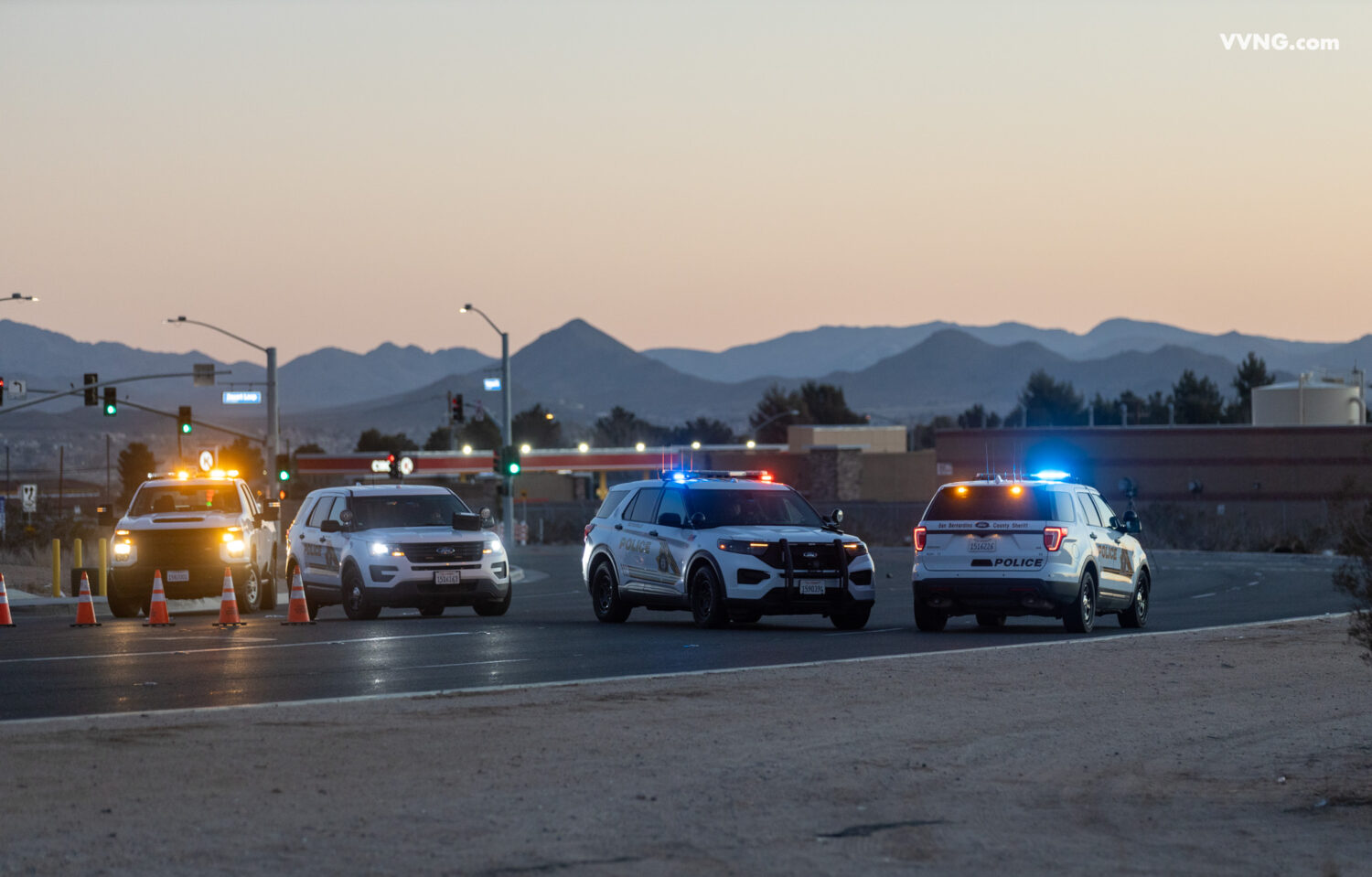 VICTORVILLE, Calif. (VVNG.com) — A 31-year-old woman was arrested for Vehicular Manslaughter after fleeing from an early morning hit-and-run crash that claimed the life of a 24-year-old woman in Victorville.

It happened on Wednesday, February 2, 2022, at about 2:04 am, at the intersection of Mariposa Road and Locust Avenue, near the Totem Pole Mobile Home Park.

Emergency personnel arrived on scene and pronounced the pedestrian later identified as Adriana Verdugo, a resident of Victorville, deceased at the scene.

Deputies at the scene quickly learned the driver who struck the pedestrian fled the scene prior to emergency responder’s arrival.

According to a sheriff’s news release, Investigators learned the pedestrian was struck in the northbound lanes of Mariposa Road, just north of Locust Avenue. “The driver involved left the scene but later turned herself in at the Victorville Police Station, approximately 3 hours after the crash occurred,” stated the release.

The driver was identified as Felicia Rodriguez, a resident of Victorville, and investigators located the vehicle involved with major front-end damage near Nisqualli Road and Eleventh Avenue in Victorville.

Rodriguez was arrested at the Victorville Police Station for Felony Hit and Run causing death, gross vehicular manslaughter while intoxicated and suspicion of driving under the influence causing death. Rodriguez was booked at the High Desert Detention Center.

All northbound and southbound lanes of Mariposa Road remained closed for several hours while deputies conducted their investigation. The roadway was re-opened around 11:00 a.m.

The investigation is still ongoing. Anyone with information regarding this collision or anyone who may have been a witness is asked to contact Deputy C. Bennington or S. Larocco at the Victorville Police Station.

Related Topics:crimesafetyHighway 395victorville
Up Next

Firefighters knock down garage fire in Hesperia and save several dogs