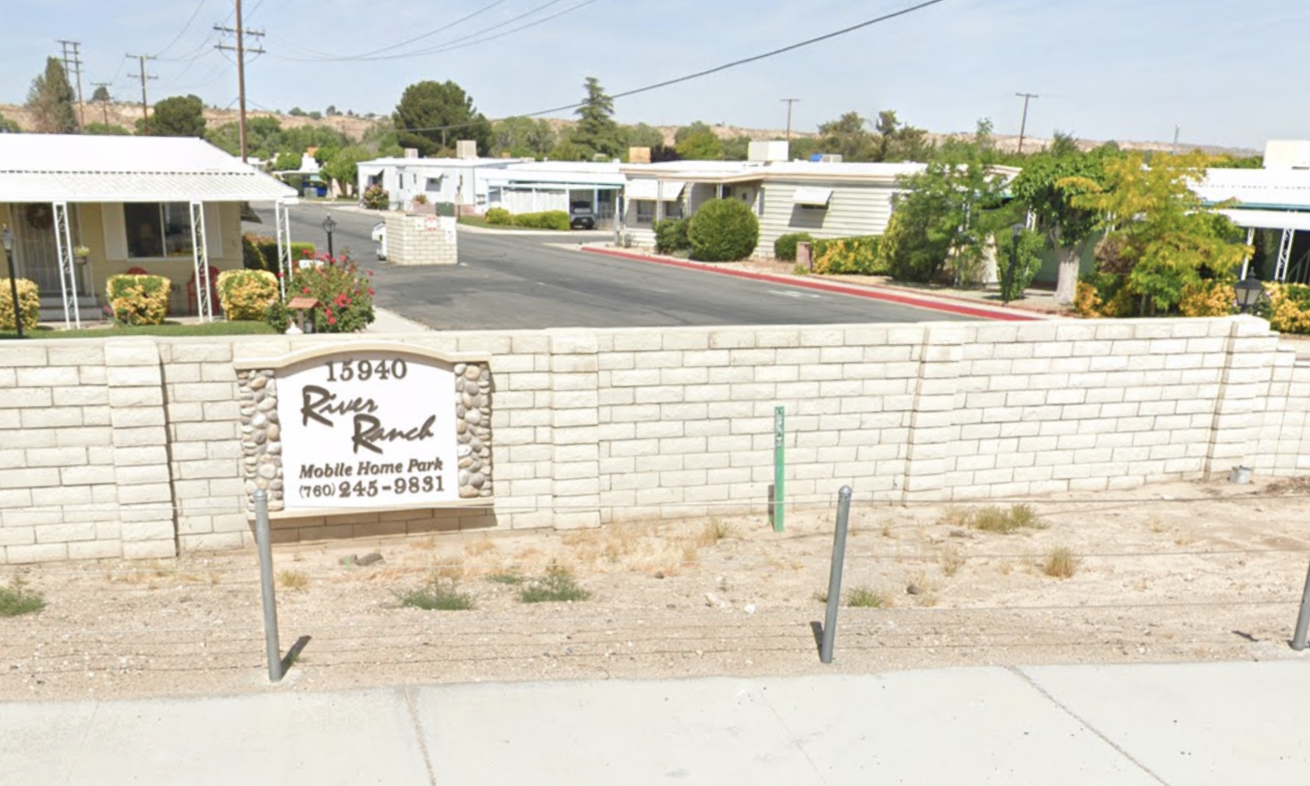 VICTORVILLE, Calif. (VVNG.com) — Ginger Jane Moran, a 48-year old Victorville resident, was arrested after she threatened to kill her son, roommate and spitting on a police officer, officials said.

On October 22, 2019, deputies responded to the River Ranch Mobile Home Park in the 15900 block of Stoddard Wells Road for a subject disturbance.

Officials said the reporting party told Sheriff’s Dispatch a female was breaking things inside of a mobile home and may have a weapon.

“Upon arrival, deputies learned Ginger Jane Moran lived at the residence with her adult son and another adult female. Moran had punched her son and threatened to kill him and the female roommate with a large machete,” stated a sheriff’s news release.

When deputies located Moran she was still in possession of the machete and in a bedroom inside the residence.

“During their attempt to detain Moran she kicked and spit on one of the deputies and attempted to bite him,” stated the release.

Moran was arrested and booked at High Desert Detention Center for assault with a deadly weapon, threatening crime with intent to terrorize, obstructing/resisting an officer, being under the influence of a controlled substance, battery on a person, and exhibiting a deadly weapon.