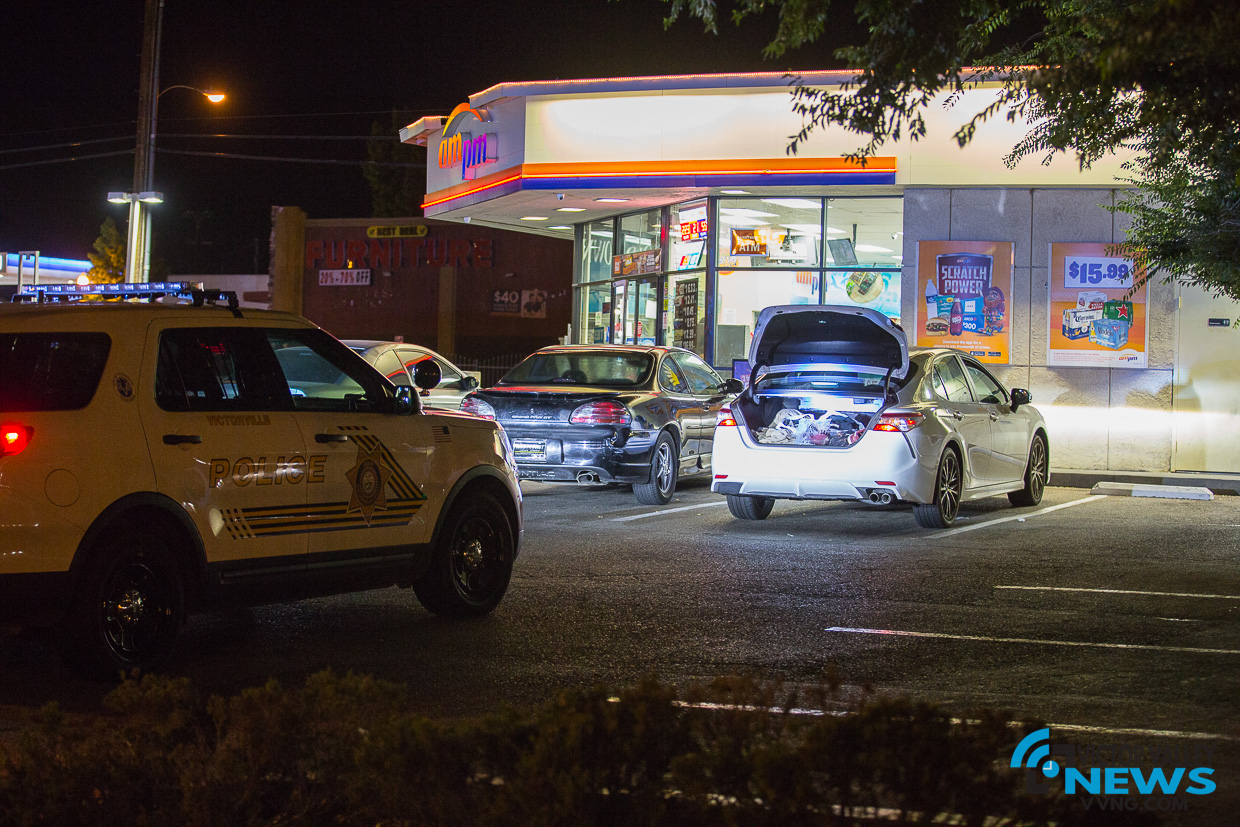 VICTORVILLE, Calif. (VVNG.com) — A 28-year-old Victorville woman who rented a car last month and never returned it was arrested for possession of a stolen vehicle, officials said.

It happened at about 10:28 pm, when Victorville Sheriff’s Station Sergeant Gaytan spotted a 2018 Toyota Camry that was reported stolen in Barstow on August 3, 2018.

Sgt. Gayton along with the assistance of deputies, conducted a felony traffic stop on the Toyota in the Arco ampm parking lot at the corner of 7th and D Streets in Victorville.

Sheriff’s Spokeswoman Mara Rodriguez said, the driver, Remy Reese Stewart had rented the car in July and failed to return it. “She was arrested for possession of a stolen vehicle and vehicle theft,” stated Rodriguez.

The passenger in the vehicle, Ronald Brightmonseberry, a 20-year-old Victorville transient was arrested for possession of a stolen vehicle and violation of probation.

According to public arrest records, Stewart was booked into the West Valley Detention Center for PC596D(A) possession of a stolen vehicle and VC10851(A) vehicle theft and is being held in lieu of a $50,000. She is scheduled for arraignment in a Victorville courtroom on August 7, 2018.

Brightmonseberry was booked into the Adelanto Detention Center for PC496D(A) possession of a stolen vehicle, PC459 Burglary, and PC1203.2 Probation Violation and is ineligible for bail. He is scheduled for arraignment two of the charges on August 9, 2018.