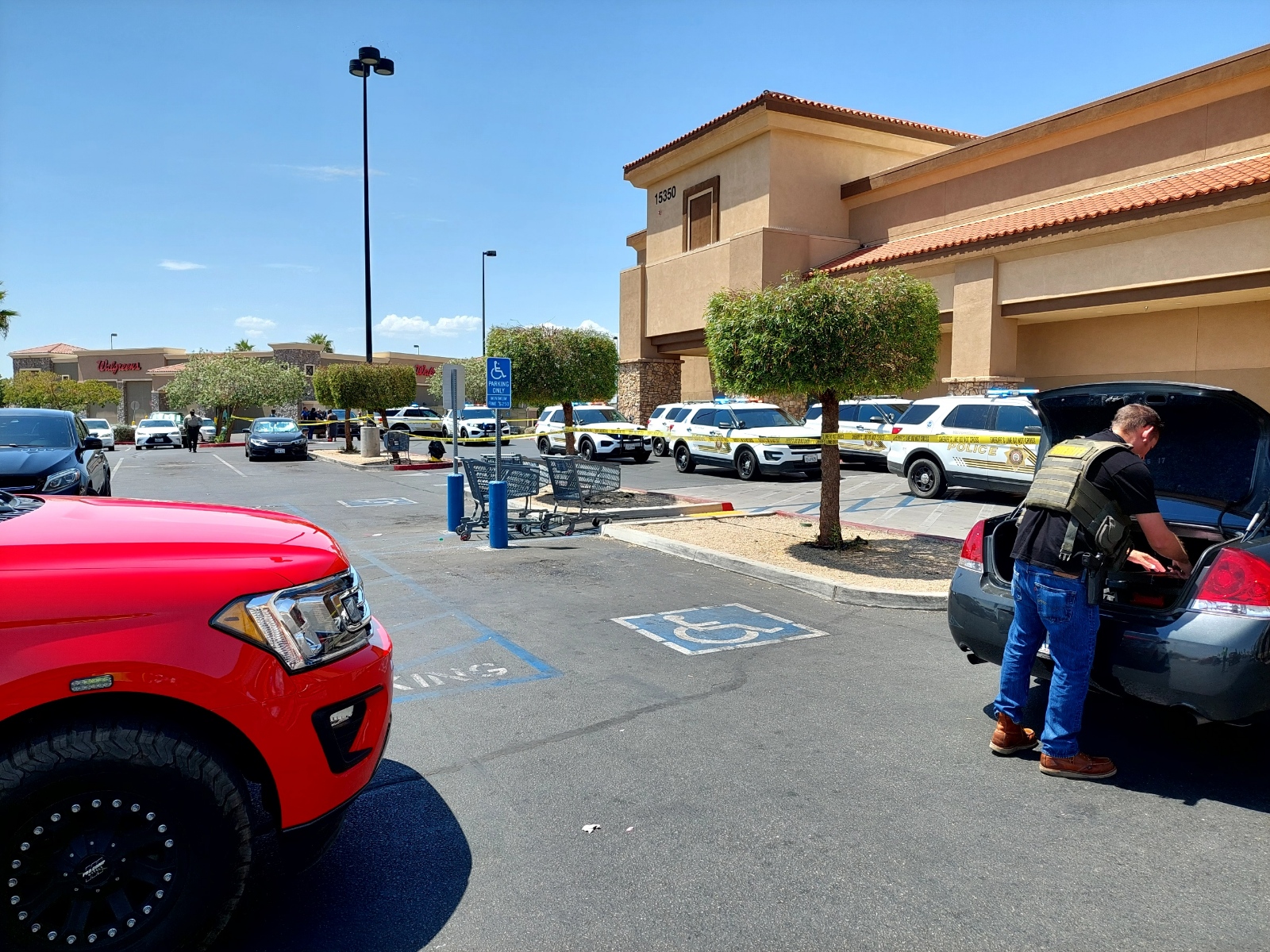 VICTORVILLE, Calif. (VVNG.com) — Authorities are conducting an investigation after a man was shot by police inside the Winco grocery store in Victorville.

Witnesses say a man walked into the store with a knife in his hands, and when approached by security the situation quickly escalated.

“I was told by an employee to avoid a specific aisle due to a guy with a knife and that police were already on the way,” stated a Winco shopper. “Moments later arguing was heard and about four shots were fired, [and] people started screaming and running.”

Sheriff’s spokeswoman Gloria Huerta said deputies responded to an unwanted subject at the WinCo. “When deputies contacted the subject, a deputy-involved shooting occurred.  The suspect was transported to the hospital, no staff were injured,” stated Huerta.

The suspect was rushed out of the business on a gurney and an update on his condition was not available.

Police have closed off the entrances to the shopping center and are conducting an investigation. This is a developing story and additional details will be updated as it becomes available.

Power poles damaged by a semi cause outage in Victorville