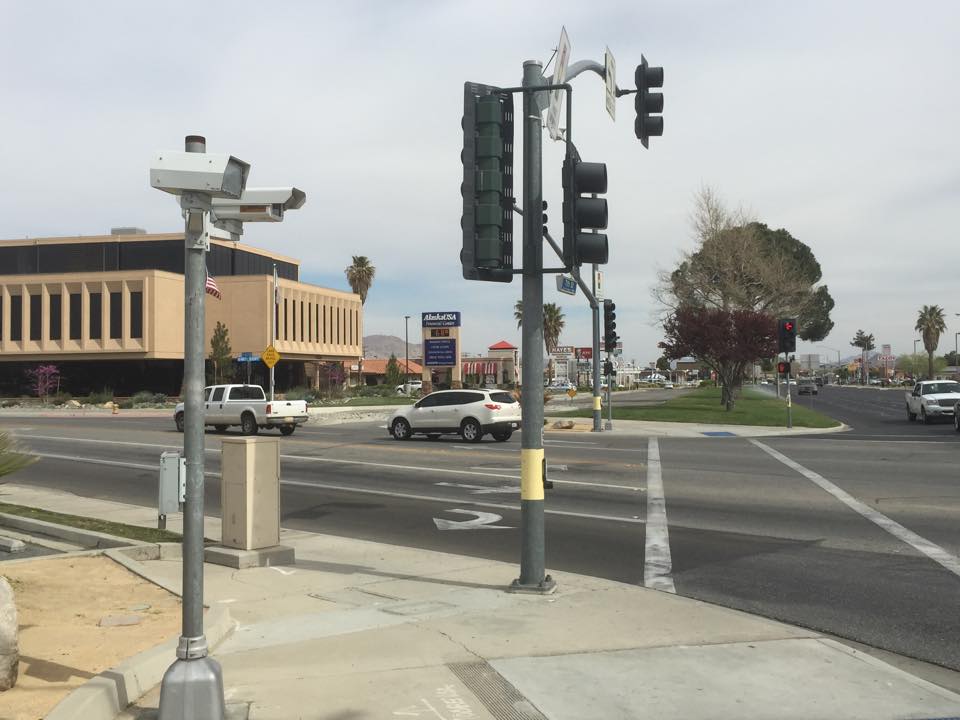 “In 2010 there was an amendment that reduced the number of cameras and lengthened the term of the contract to an end date of 2015.” said City Manager, Doug Robertson.

Residents have mixed feelings about the end to the red light cameras.

“Good. It seems it doesn’t really stop those who disregard traffic control anyway. Proceed with caution when you start out into an intersection,” said Laurie Mitchell Geroux on a Victor Valley News post.

Although some are thrilled with the idea of these cameras no longer being in place, others believe more thought must be put into it to plan for the removal of them.

“There is some agreement between members that the intersections of Bear Valley/Amargosa and Bear Valley/Mariposa need either cameras or extra cops. No cams and drivers will be running lights creating gridlock blocking the intersections,” said Victor Valley News member, Billy Thompson.

Robertson expressed the city council’s desire to do more planning prior to the end of the contract.

“We still have some details to work out,  but the Council voted to give notice of our intent to not exercise the renewal option for the cameras.”