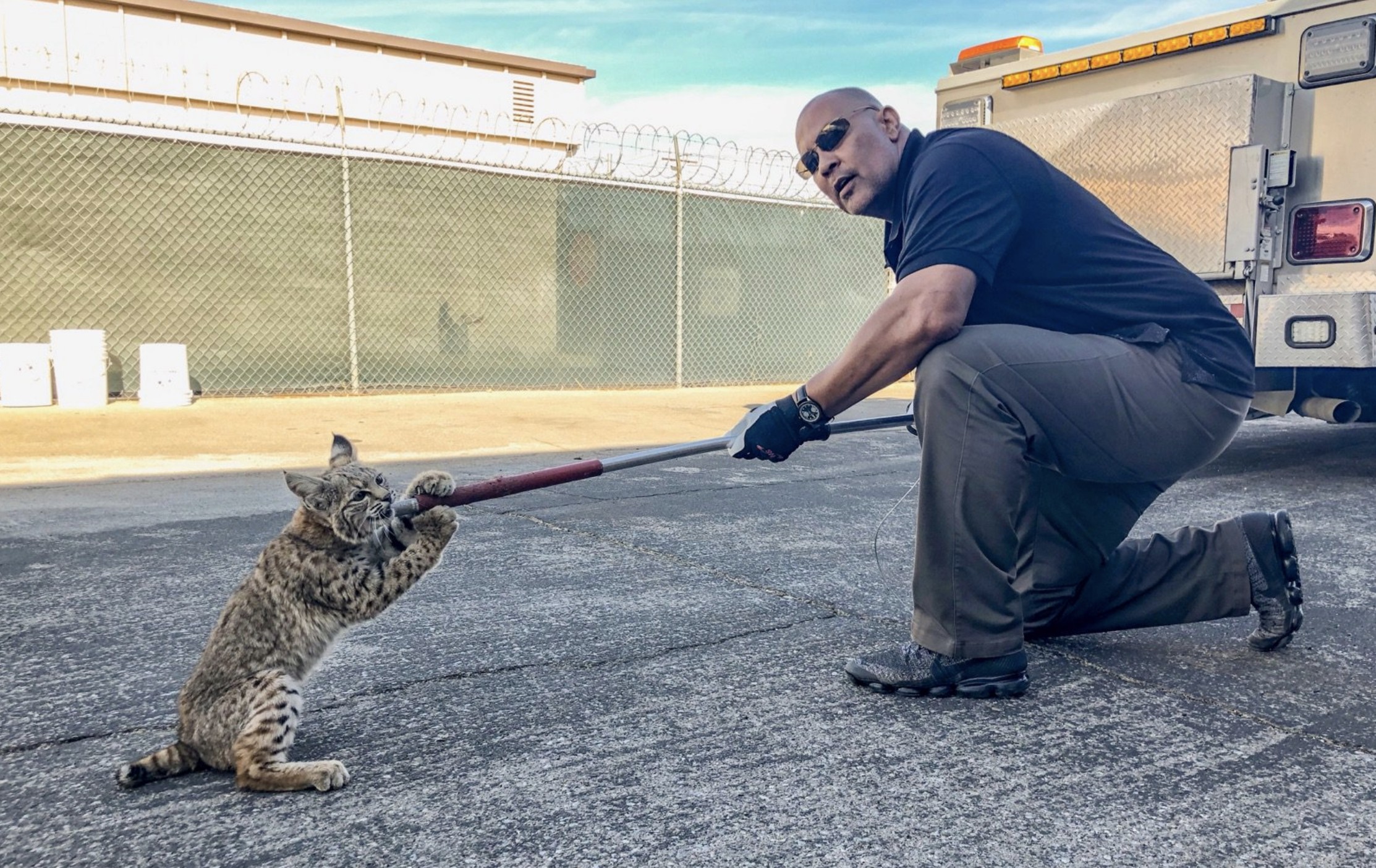 VICTORVILLE, Calif. (VVNG.com) — A Vons supermarket in Victorville was briefly closed after a bobcat ran inside the busy store here Tuesday morning.

At about 11:30 am, a bobcat, named ‘Bob Van Cat’ somehow managed to find its way into the store at 12199 Hesperia Road in the Victor Valley Towne Center.

In a Facebook post, Victor Valley News Group member Grecia Hernandez said, “Vons will not be letting anyone in for the next 30 minutes due to a wild animal in the area.”

Victorville City Spokeswoman Sue Jones said our Animal Control Division had an interesting day! They safely and humanely rescued [a] 40 lb bobcat named Bob Von Cat from the beer cooler at our local Vons and returned him to his natural habitat.

Animal Control Officers confirmed they safely released the bobcat back into its natural habitat and not behind beer boxes where they found him hiding.

Von’s Store Manager David Veit told Victor Valley News he made the decision to calmly evacuate the store because many elderly people shop during the morning hours. “I didn’t know the size of the bobcat and I didn’t want anyone to get hurt,” stated Veit.

According to Veit the bobcat was first seen hiding in a planter near the front entrance of the store before making a run for the inside and hiding in the beer cooler. 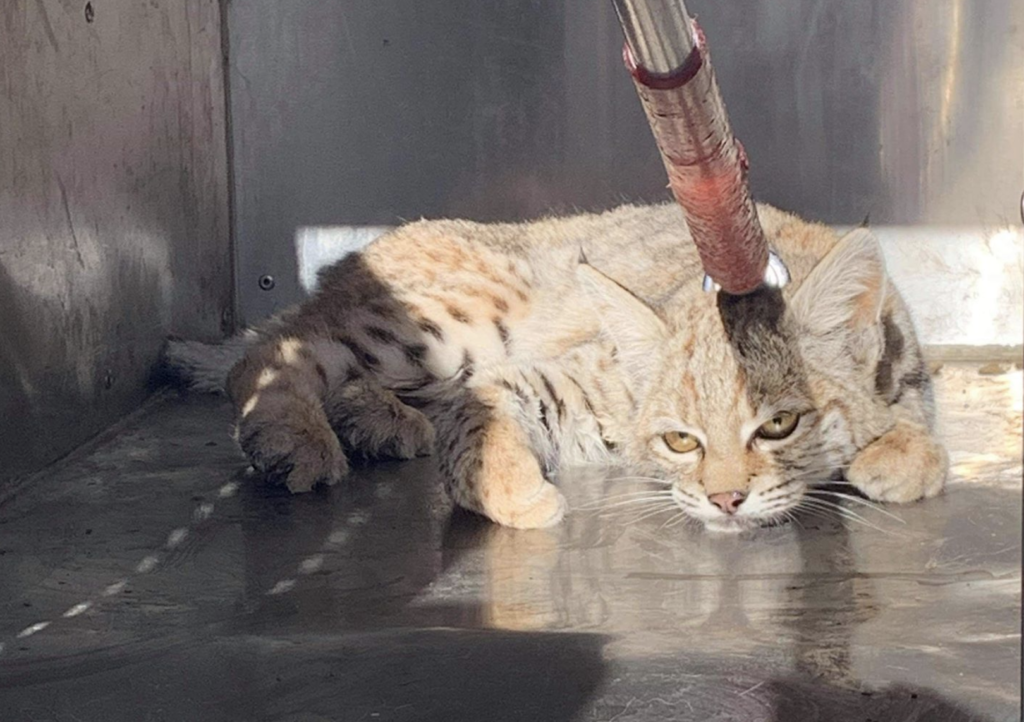