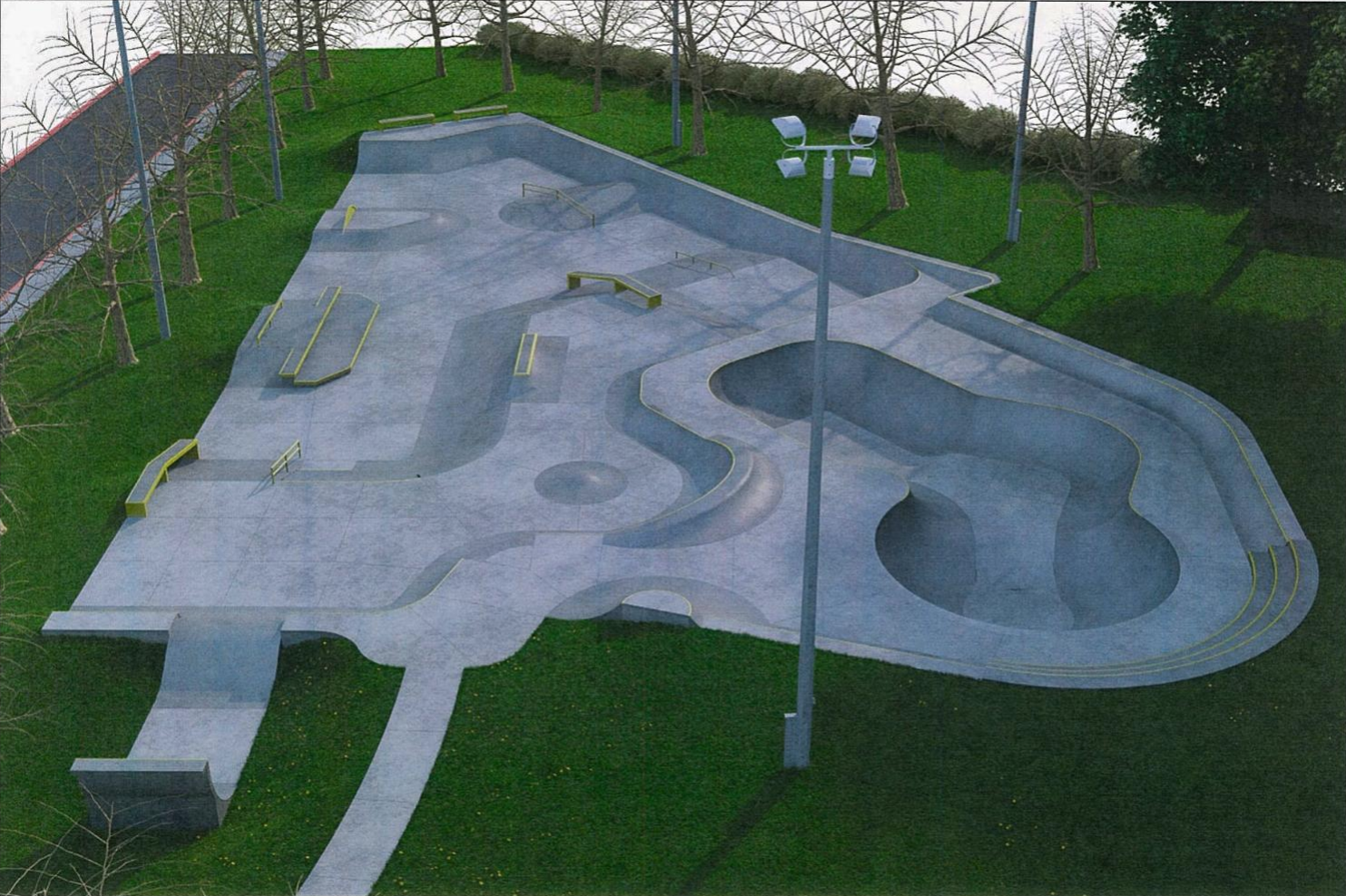 On March 3, 2020, a public hearing was held to listen to arguments for and against approving two items on the agenda relating to the nearly $2 million skatepark project.

“The actual break-down as we have it for this particular item is $1,259,000.00 for the actual skateboard park, and item [#2] you’re dealing with a total of $660,000.00 for the amenities, which includes $217,000.00 that was approved back in August of 2018 for the two restroom facilities, bringing the grand total of the project to 1.92 Million Dollars,” stated Victorville City Manager Keith Metzler during a prior meeting discussing the project meeting.

The first agenda item relating to the project was the consideration to approve the notice of exemption for the Skate Park at Doris Davies Park, and to award a construction contract to CS Legacy Construction, Inc. for $1,199,528.00 to build the actual skatepark.

The amenities project includes landscaping, parking lot lighting, bathrooms and a number of other amenities that will “nicen” up Doris Davies Park, which includes $217,000 for the two restroom facilities that were approved back in August of 2018.

Mayor Pro Tem Rita Ramirez, who participated in the meeting via telephone, casted a nay vote on the first item and abstained from voting on the second.

With the exception of a small amount from the local transportation fund, about 95% of the entire project is estimated to be funded from the development impact fees, the funds specific for parks and recreation.

Those funds are generated in connection with the build out of the City. For example, for every home or every commercial building thats built in the City of Victorville, among the myriad of different fees that are required to be paid, there is a calculation that requires what’s called a development impact fee.

The impact development impact fees are collected basically to build future capital needs, and are not just for parks, but are also collected for roads, public safety, public buildings, and a number of different purposes, but funds are set aside specifically for park and recreations.

The fund’s unencumbered balance lies at about $6.6 million. The last “meaningful” draw of funds were in 2009 for the construction of Sunset Ridge Park.