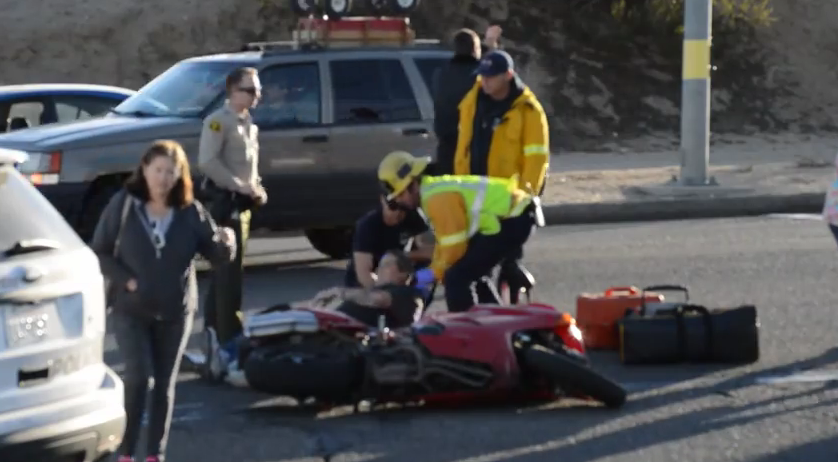 VICTORVILLE-(VVNG.com):  Just after 3:25 p.m., on January 5, 2015 dispatch received a call of a vehicle vs. pedestrian. Upon arrival at the scene, it was discovered the accident was a single motorcycle collision with a male subject laying in the westbound lanes of Bear Valley Road at Pacoima Road. The first responders arrived on scene to render aid to the injured male that was at the time surrounded by bystanders that had witnessed the accident.

According to a witness, Donna Stone, the motorcyclist backpack strap got stuck in his wheel flipping him over. The motorcyclist was in and out of consciousness.

The young male motorcyclist, although injured, was able to text his friend to pick him and his motorcycle up from the scene. The injured male complained of arm, leg and back pain, but declined emergency transport and was able to be driven by the private vehicle to receive treatment for what appeared to be minor to moderate injuries.